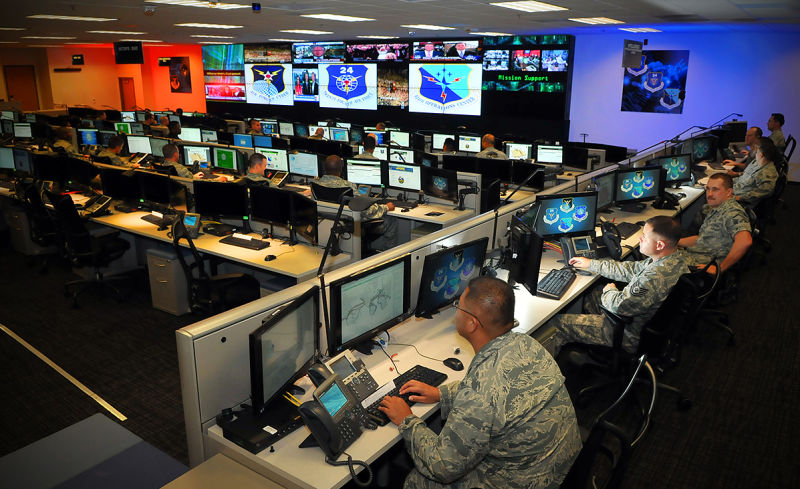 During a Pentagon press briefing today, Secretary of Defense Ash Carter and Chairman Joint Chiefs of Staff General Joseph Dunford said that the U.S. military will drastically accelerate attacks on ISIS where it may hurt them the most strategically: in cyberspace.

This ever-more important domain of modern warfare has become potentially more impactful than ever with the recent revelation that the U.S. was planning to wreak havoc on Iran via cyber attacks if the Iranian nuclear deal went sideways and Iran lashed out in response.

When it comes to accelerating the fight against ISIS and using cyber weaponry as one avenue to do so, Carter said:

“With respect to cyber, I think you’re referring to our use of cyber which we have talked about generally. In the counter-ISIL campaign in — particularly in Syria to interrupt, disrupt ISIL’s command and control, to cause them to lose confidence in their networks, to overload their network so that they can’t function, and do all of these things that will interrupt their ability to command and control forces there, control the population and the economy.”

During the press conference, the highly-classified nature of which exact methods will be used against ISIS in cyberspace were something that could not be directly addressed, although Gen. Dunford noted the following:

The only issue is total cyber and electronic attacks on an enemy’s communications network may result in their switching from electronic forms of communications as a whole. Instead they could resort to using couriers, an age-old tactic that is extremely hard to penetrate.

Still, rolling the Islamic State back to a pre-radio era command and control apparatus would greatly degrade their ability to fight in a coordinated manner. This is especially true seeing as how large a territory they continue to occupy.

We love maps and infographics at Foxtrot Alpha, and animated ones are that much better. The video… Read more Read more

Also discussed in the briefing was an omission that the shadowy Expeditionary Targeting Force (ETF), supposedly led by elite Delta Force operators, is fully deployed and active in Iraq.

“It’s a tool that we introduced as part of our — the accelerated operations to conduct raids of various kinds, seizing places and people, freeing hostages and prisoners of ISIL, and making it such that ISIL has to fear that anywhere, anytime, it may be struck. The only thing I’ll say is the ETF is in position, it is having an effect and operating, and I expect it to be a very effective part of our acceleration campaign. I don’t have any more on that.”

We reported on the seemingly long-overdue deployment of this composite special forces unit months ago, but since then the Pentagon has been reluctant to speak about it. That is until today.

Many of you are probably thinking: why is the Pentagon disclosing any of this? But the Obama Administration has to sell the idea that it’s making progress and accelerating the fight against ISIS after a year and a half of stagnation. This is something Carter has been aggressively acting on himself in an attempt to reboot what can be interpreted as a phony coalition with few members actually doing any fighting.

Although these new tactics are a good step in the right direction, a much more aggressive strategy will be required to inflict major and rapid damage against the Islamic State.