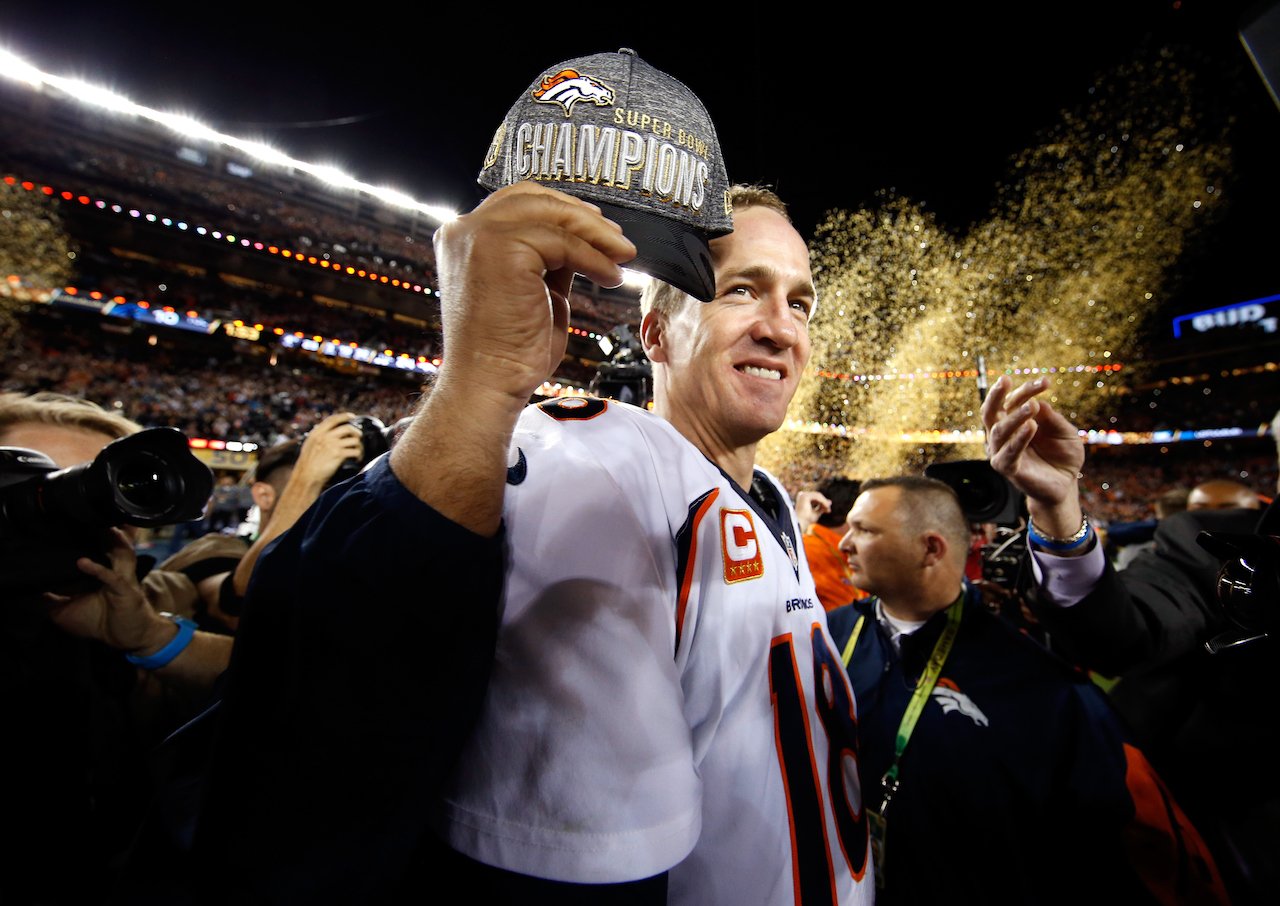 Led by a terrific defense that suffocated Cam Newton all night long, the Denver Broncos beat the Carolina Panthers, 24-10, to capture Super Bowl 50. After the game, CBS sideline reporter Tracy Wolfson pulled Manning aside to ask him the question everyone watching wanted to know: was Manning retiring?

Manning, who is 39 and struggled physically all season long, said that he was planning to weigh his options, and that he didn’t want to make a decision while his emotions were still running so high. Before he considered his future, though, Manning said had to do a few higher priorities.

First: kiss his wife and kids. Next: drink a lot of Budweiser to celebrate.

Manning was again asked about his retirement during the trophy ceremony. He again neglected to answer, and instead focused on thanking his teammates for helping him capture a second ring.