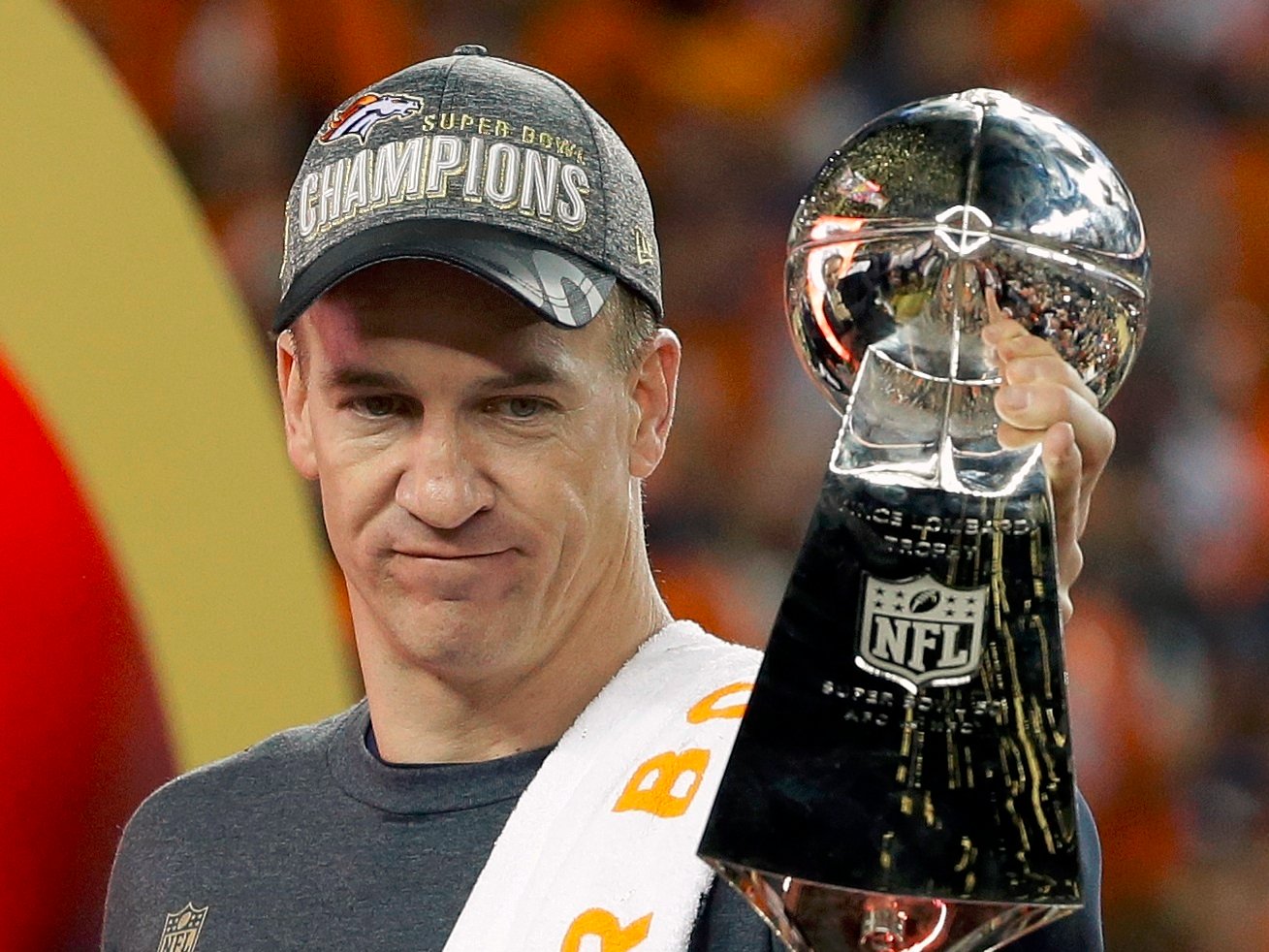 Peyton Manning didn’t give any insight into his future after winning Super Bowl 50.

When asked about his possible retirement, he simply quipped, “I’m gonna drink a lot of Budweiser tonight, Tracy.”

He also mentioned Budweiser again during the trophy ceremony.

A rep for @AnheuserBusch tells me: Peyton Manning “was not paid to mention Budweiser. We were surprised and delighted that he did.”

Regardless, people are starting to wonder if Manning was giving a hint about retiring. As Darren Rovell wrote in 2010, active players cannot endorse alcohol.

However, Manning has mentioned Budweiser products before, saying after a press conference that he wanted to get his hands on a Bud Light.

Conspiracy theory: In the past, Peyton joked about Bud Lites. Now he is joking about Bud Heavy. Retired players dont worry about weight

His father, Archie Manning, didn’t offer much insight either, saying after the game “I think Peyton’s done in Denver. He may be done everywhere. So that’s my — you know what? I don’t stick my nose in it, so I don’t know that. I don’t know that.”

As Deadspin’s Timothy Burke wrote, this may have just been a middle-finger to the NFL, not a retirement hint, since he’s broken NFL rules before.

Nobody knows what Peyton is going to do, perhaps not even Peyton. But if Super Bowl 50 was indeed his last game, making a subtle hint about his future by talking about drinking beer after winning a championship would be a great way to go out.