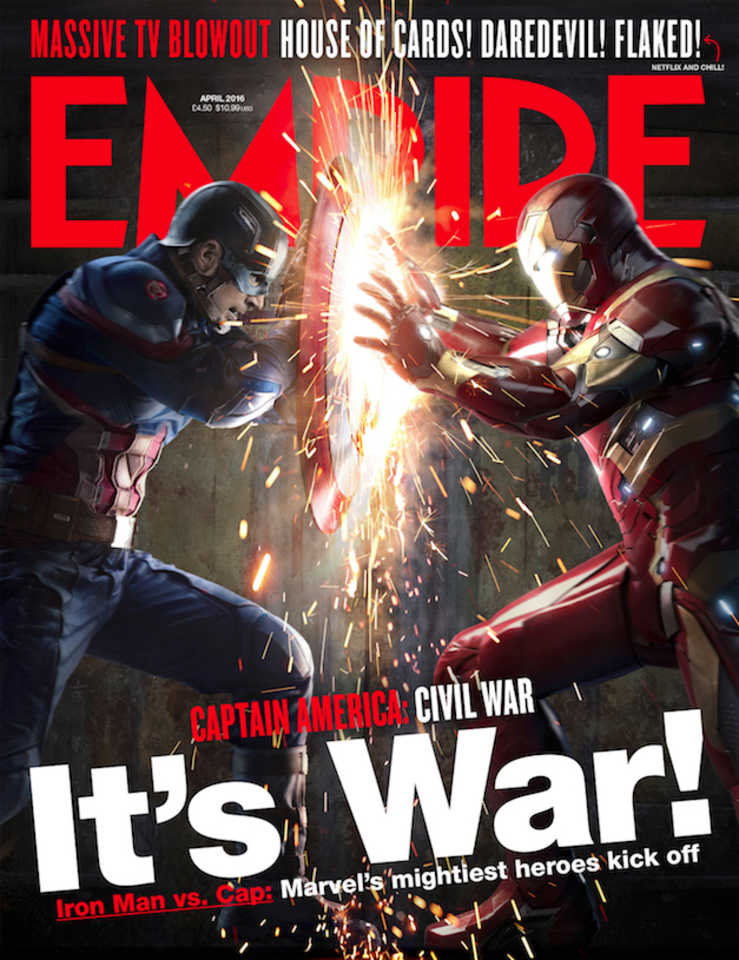 The biggest foe the Avengers face this year will be each other. There’s Team Captain America and Team Iron Man. Whose side are you on?

To celebrate the upcoming heavyweight battle, Empire has unveiled the cover for its March issue, showing Cap and Iron Man in the middle of battle. There will be no love lost between the two, who have very opposing ideas as to whether or not the government should regulate their powers.

“Inside the issue this month, there’s bountiful coverage on the Marvel Cinematic Universe’s biggest gamble yet, including exclusive on-set access, and interviews with all the key cast and crew,” Empire said about the upcoming issue.

We got a particularly impressive TV spot a few weeks ago, and an earlier trailer gave us a more in-depth look at what’s at stake in Civil War. We’re inching closer and closer to the movie’s release, and it looks like marketing is about to kick into high gear.