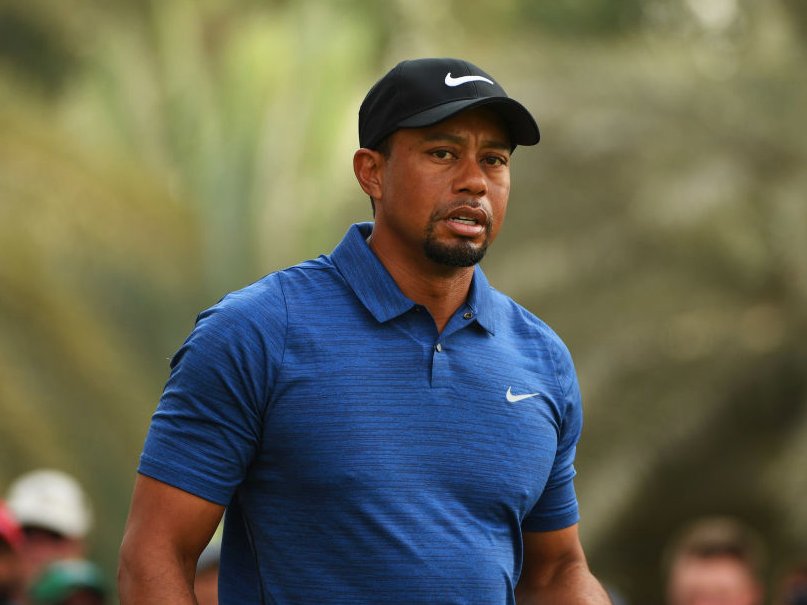 Tiger Woods was found asleep in his car with the brake lights and right blinker on when he was arrested on Monday morning and charged with driving under the influence, according to a police report obtained by ESPN’s Jason Sobel.

Woods was arrested at 3 a.m. in Florida and was released from police custody at 10:50 a.m. on Monday.

The report said Woods had to be woken up and “had extremely slow and slurred speech.” According to the report, Woods said he was on his way home from golfing and that his story of where he was going and where he was coming from changed several times.

The report said Woods failed several sobriety tests, including walking heel-to-toe on a line, having to raise his arms for balance or stop walking. Woods also could not raise his leg to do a one-leg stand and reportedly said, “Yes, recite the national anthem backwards” when asked if he understood directions to recite the alphabet backwards, according to the report.

The report said Woods scored a 0.00 on the breath test. In a statement on Monday, Woods said alcohol was not involved and that he had an “unexpected reaction to prescribed medications.” Woods recently underwent his fourth back surgery in four years.

“I expect more from myself too,” Woods said of his arrest. “I will do everything in my power to ensure this never happens again.”

Here is the report, via Sobel:

More from the police report: pic.twitter.com/khlT0SvHTV