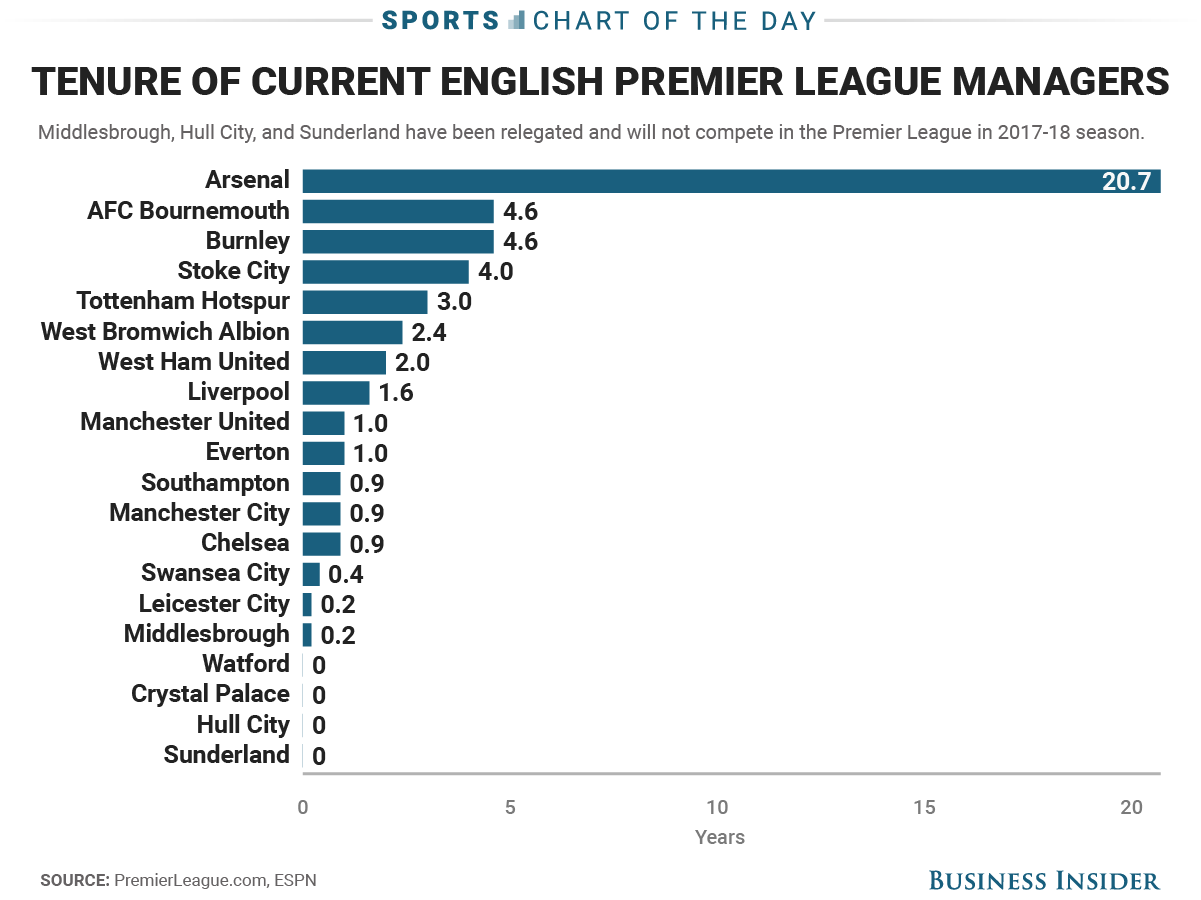 Arsenal has ended months of speculation about the future of manager Arsene Wegner when it was reported that he would stay on as manager of The Gunners for two more years.

Wenger has now been the manager for Arsenal for 21 seasons in a league where job security is almost non-existent. That tenure that is now expected to reach at least 23 years if he completes his latest extension.

How long is that? The other 19 clubs that were in the Premier League this past season currently have managers with a combined tenure of 27.8 years. In addition, more than half (11 of 20) either currently don’t have a manager or have a manager who has been on the job for less than a year.