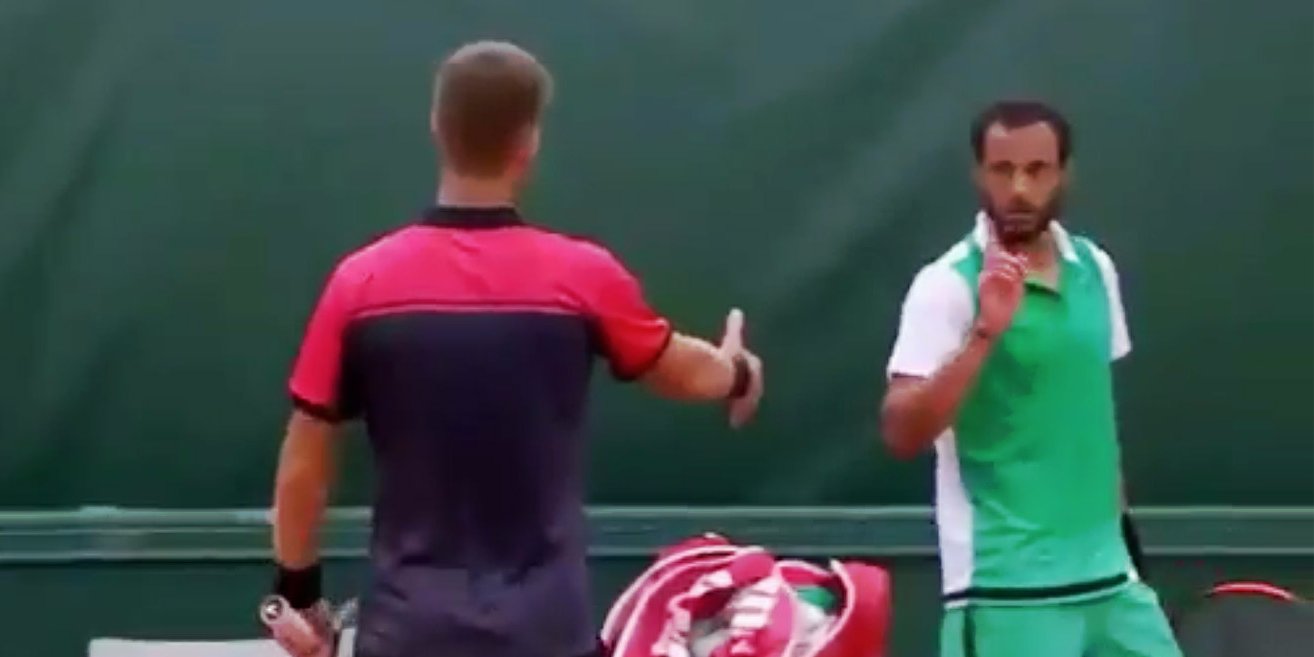 The French Open saw a bit of unsportsmanlike conduct Tuesday during a victory by 50th-ranked Martin Klizan of Slovakia over 285th-ranked Laurent Lokoli of France.

After the conclusion of an exciting five-set match, Klizan went to shake Lokoli’s hand only to be turned away by Lokoli, who wagged his finger and brushed off Klizan.

The crowd did not appreciate Lokoli’s gesture. Here’s the exchange:

According to Business Recorder, Lokoli was upset by Klizan saying he was injured only to rebound efficiently in the fifth set.

“He made out he had a leg injury but then in the fifth set he was running around like a rabbit,” Lokoli said.

As noted by Deadspin, Klizan also had a bit of poor sportsmanship when, after Lokoli ended the match with a double fault in the fifth set, Klizan shouted in triumph and stared down Lokoli.

A little before the “handshake” this is how Klizan celebreated Lokoli’s df on 2-4 15-40 5th set pic.twitter.com/RBiyf7wEHF

Lokoli continued, via Business Recorder: “He speaks of respect but he showed none of this … I have nothing against him as a man — I always respect players on the court. You have two things there. He is a top-50 player. I play Futures and Challengers. There was no respect.”