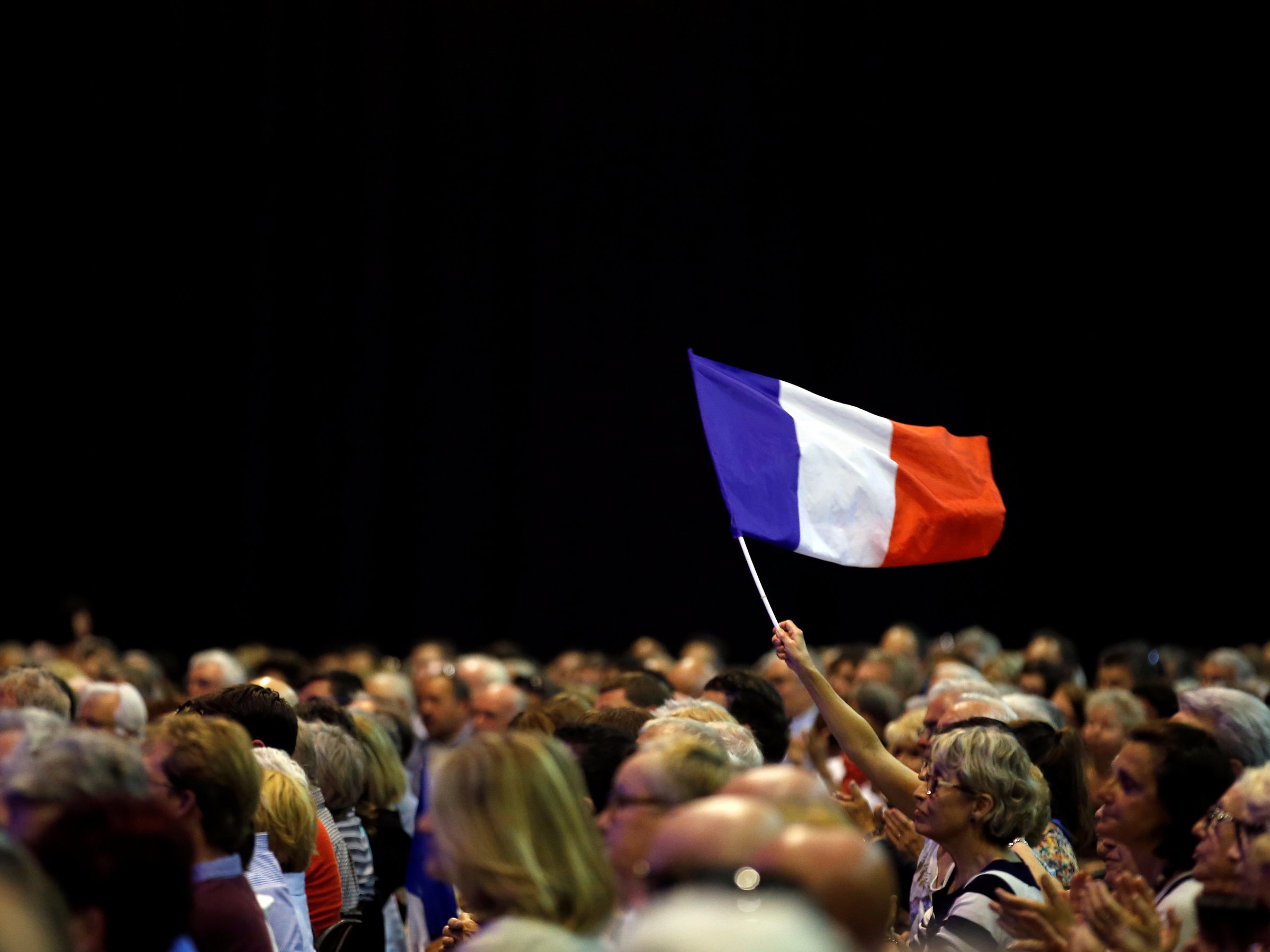 Politics and economics are often intertwined, with the winners of elections having influence over policies that can affect the lives of millions.

However, the effects of political uncertainty, like that surrounding the recent election in France that went to a runoff in which centrist Emmanuel Macron defeated far-right nationalist Marine Le Pen, on consumer confidence are not necessarily as clear cut as one might think.

In a recent report to clients, a team at Bank of America Merrill Lynch led by Gilles Moec analyzed the effect of political uncertainty on consumer sentiment in France and Italy.

They found that consumer confidence is “generally very well” explained by a handful of “hard” economic variables, like income and employment figures.

However, changes in “pure sentiment” unrelated to those hard variables don’t necessarily mean a change in consumption decisions (aside from, maybe, the last few quarters in Italy).

Meanwhile, political uncertainty on its own didn’t have any “obvious” effect on confidence.

That being said, this doesn’t mean that politics doesn’t matter for understanding a country’s economy, Moec said.

“It does, but far more through the actual implementation of policies, affecting income, employment and asset prices, the ‘hard’ determinants of spending, than through the ‘confidence channel,'” he explained.

“In short, when looking at political developments, policy implementation should remain the main focus of market attention.”

Now, let’s look at the team’s actual analysis. (For the sake of clarity, and in light of the recent election, we’re going to stick with just the data on France.)

First up, the team attempted to estimate “pure sentiment,” or changes in consumer sentiment distinct from what would be expected based on economic fundamentals. They reasoned that this component of sentiment could be most susceptible to being influenced by political uncertainty.

They estimated a model for consumer confidence by changes in income, consumer prices, employment, and equity prices, and found that these four variables together can explain 84% of the variance in consumer confidence from 2000 to 2014 in France, leaving 16% as unexplained “pure sentiment.”

Of course, the team added it might have missed some other “hard” variables and that the remainder might not be completely “pure sentiment.” They then found virtually no correlation between the “pure sentiment” residual confidence and the policy uncertainty index, which you can see on the adjacent chart.

To cross-check the possibility that they might not have been using the “correct” indicator for political uncertainty, they also tested out France’s “immigration fear index,” which has soared to an all-time high in the last three years. However, again, they found no link between that index and consumer confidence.

Interestingly, if anything, there was a very slight, counter-intuitively positive correlation — slightly stronger than with the policy uncertainty index.

Again, from their report (emphasis ours):

“If ‘pure sentiment’ — the part of consumer confidence that is not explained by the same hard variables — has a bearing on actual consumption decisions, then we should find a significant correlation between the residuals of the two models. We don’t. Since [the first quarter of 2000], periods when consumer confidence is higher than what is warranted by the fundamentals do not coincide with period when actual consumption exceed the value predicted by fundamentals.

“For instance, the persistence ‘confidence excess’ in France since 2015 did not coincide with any ‘consumption excess’: private consumption behaved exactly as the developments in income, inflation, job creation, and equity prices suggested.”

Oddly enough, although the team couldn’t find statistical relevance of policy uncertainty for their confidence equation, they found a very slight correlation in their consumption equation.

In other words, although policy uncertainty might not greatly affect what people say about their economic outlook, the authors wrote it might kind of “subconsciously” affect what consumers actually do. A lesson for America

Although the authors didn’t conduct a comparable analysis for the effects of political uncertainty on the US economy, they suggest “there might even be a lesson for the US there: despite the post-election jump in consumer confidence, consumer spending has slowed in recent months.”

Since US President Donald Trump’s election, a bunch of sentiment indicators have shot up. For example, consumers now think the government is great for business. But at the same time, we have not seen the hard data match the improving sentiment, yet. And Trump’s pro-business tax cuts and deregulation agenda have not yet come into effect, meaning that some of the benefits that firms are anticipating might not actually happen.

The crux of the debate stateside has been as follows: Will these improving sentiment indicators actually translate to concrete improvements in the US business sector, or are they just a reflection of Americans’ (and, more specifically, Republicans’) hopes for the current US administration?

Of course, we won’t know the answer until after we see what the Trump administration actually pushes through. It will also take time for the effects of those policies to show up in the hard economic data.

But, in any case, it’s fascinating to study the interplay between political and economic sentiment and consumer behavior.