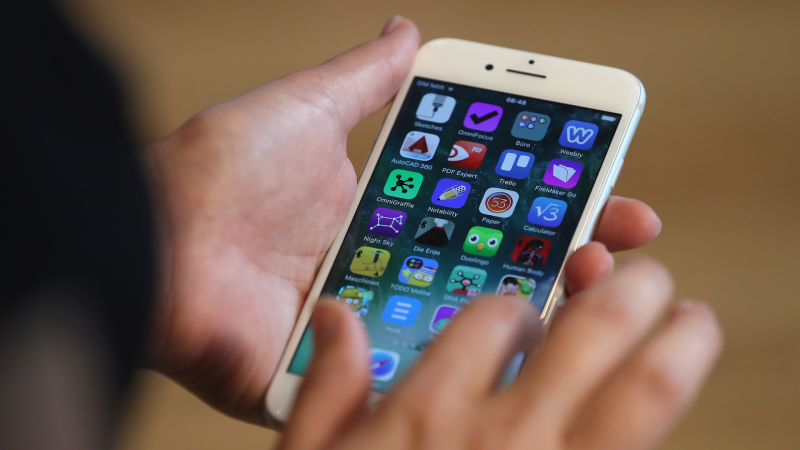 After a lawsuit and six months in court trying to get phone records of a driver involved in a collision that killed his teenage son, the Associated Pressreports that grieving father Ben Lieberman is working on a device—and legislation to allow cops to use it—that can examine drivers’ cellphones.

The plug-in device examines physical interaction with a phone, like taps and swipes on the screen, according to the company partnering with Lieberman. The company said the device won’t be able to access personal data, because it’s only designed to determine usage at or around the time of a wreck.

In Lieberman’s case, the AP reports that phone records showed the driver involved in the accident that killed his 19-year-old son had been texting behind the wheel. The long process of getting the records led Lieberman to believe that this type of information shouldn’t be so hard to get, the AP reports:

He’s channeling his grief over the 2011 accident into a proposal that would allow police at accident scenes in New York to immediately examine drivers’ cellphones with a device to determine if they’d been tapping, swiping or clicking. It’s been called a Breathalyzer for texting.

“You think people are already looking at phones and it just doesn’t happen,” said Lieberman, who is partnering with the Israel-based tech company Cellebrite to develop the plug-in device that’s been nicknamed the “textalyzer.”

Lieberman’s challenged his frustration into action, prop “Evan’s Law.” The exact words of the bill say the device would allow “field testing” of phones on accident scenes. Here’s what the bill says the device can do:

The privacy issues are obvious, since handing a personal phone over (especially to authorities) isn’t the first thing most of us want to do. If a person is unaware of the device’s capabilities—or if its capabilities are more than advertised—a treasure trove of personal information could be in someone’s hands because of a car accident.

Advocates for the legislation and technology argue that deaths on U.S. roads are on the rise partially due to distracted driving. Indeed, road fatalities jumped 14 percent between 2014 and 2016, according to the AP. Statistics on fatalities involving distracted driving, however, aren’t as consistently on the rise. Both the CDC and NHTSA found that 3,328 people died in distracted-driving wrecks in 2012, 3,154 died in 2013 and 3,477 died in 2015.

Similar legislation is under consideration in Tennessee, New Jersey and Chicago, according to the AP, and Evan’s Law has been approved in a New York Senate committee and is pending in another.

Those against the proposed legislation argue that police need owner’s consent and a warrant to get phone records, whereas this bill clearly states that it would make phone checking just like breathalyzer tests: The bill says drivers “shall be deemed to have given consent to field testing of his or her mobile telephone and/or personal electronic device” by operating a car, and if a person doesn’t hand the phone over, the police can revoke a license.

There’s also the idea that any type of wreck could allow authorities to access information from drivers’ phones. Lieberman told the AP that he doesn’t want to be responsible for proposing privacy-infringing legislation, but that he also “[doesn’t] want to bury another child.”

But Cellebrite seems unconcerned about privacy. From the AP:

Cellebrite said its technology, which is about nine months away from being finished, sidesteps privacy concerns because it’s designed only to determine usage, not access data. Company officials said the device would only be able to tell if someone physically clicked or swiped the phone during the time of the accident, and then investigators could use that to determine if they should get a warrant for more detailed information.

“For this device, the whole purpose is not to get any data,” said Jim Grady, the chief executive officer of Cellebrite USA. “So no, police won’t be able to, unless they rewrite our code.”

The AP reports Lieberman said he “just wanted to find out” what might have caused the wreck that killed his son, which proposes a gray area in itself. Should someone want to know that sort of information in a wreck that leaves the potentially distracted driver in a condition in which they aren’t able to give permission or a password to check a phone, the question becomes how and if police can access that information at all. If the bill fails to provide protection for drivers who die or become incapacitated and cannot give consent to having their phones searched by police, it has a huge hole that could lead to abuse of the law and technology.

Modern smartphones aren’t exactly easy to get information off of without the owner present, but it’s unclear if touch data is any different. Consider the San Bernardino case: The FBI had to beg Apple to unlock the iPhone of the shooter, and Apple never complied—the government paid a third-party hacker $900,000 to do it.

Whether it’s easier to get information touching a phone rather than other data remains unclear, as is how the technology will keep authorities from accessing additional information on phones. Jalopnik has reached out to both Apple and Cellebrite to get an idea of what’s possible, and will update if we hear back.

The FBI Paid $900,000 to Unlock the San Bernardino Terrorist’s iPhone