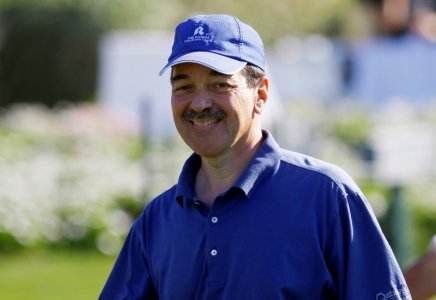 By Liana B. Baker

(Reuters) – Frank Quattrone, the Silicon Valley investment banker synonymous with several technology deals, is stepping down as chief executive officer of his boutique advisory firm Qatalyst Partners, the company said in a statement on Wednesday.

Quattrone, 60, will become executive chairman and will continue to work with clients. At the same time, it was announced that George Boutros, 55, a former Credit Suisse Group AG banker who joined Qatalyst in 2010, will take on Quattrone’s former role as CEO of the firm.

A top investment banker in the 1990s, Quattrone took some of the biggest names in technology public, including Amazon.com Inc and Cisco Systems Inc. He worked at Morgan Stanley, Deutsche Bank and Credit Suisse before founding his own firm in 2008.

“I believe now is the right time to implement a new leadership structure designed to ensure that the firm will continue as the leading independent advisor to the technology industry for the long term,” Quattrone said in the statement.

The bank also promoted bankers Jason DiLullo and Jonathan Turner as co-presidents of the firm. DiLullo will be in charge of the semiconductor, communications and storage groups while Turner will oversee the consumer technology and software groups.

In 2003, Quattrone was accused of obstructing justice after charges related to an investigation of IPO kickbacks. Four years later, after two trials failed to resolve his case, charges were dropped against him.

Qatalyst is one of several boutique investment banks, such as Moelis & Co, Evercore Partners and Centerview Partners, that have been encroaching on the investment banking turf of bulge bracket firms such as Goldman Sachs and Morgan Stanley.

In recent months, Qatalyst has been an active adviser on semiconductors deals, one of the busiest areas of technology M&A. It recently served as adviser to Atmel Corp, which agreed to be sold to Microchip Technology Inc earlier this month. Last year, it advised KLA-Tencor on its $10.6 billion sale to Lam Research ,and also advised PMC Sierra on its sale to Microsemi Corp.

Overall, Qatalyst has worked on 90 transaction totaling more than $165 billion in the past eight years.

(Reporting by Liana B. Baker in New York; Editing by Diane Craft)