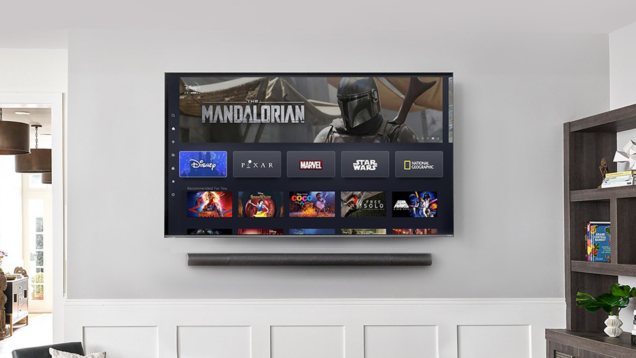 With all the leagues that had to restructure their schedules or create a completely new tournament now back in action, we’ve seen various ways of trying to incorporate fans into the TV presentation. All leagues want you to know just how much they miss you (or your money), and how welcome you (or your money) will be when fans are allowed back in arenas again. So various methods have been tried, be they by the leagues themselves or the television production covering them. There’s been giant video boards filled with Zoom mosaics to fans being turned into frost giants looming over their prey. They’ve ranged from barely noticeable to absolutely heinous.

We know it is a trial run for whenever the NFL on FOX returns—Joe Buck let that cat out of the bag—but the network’s attempt to digitally insert fans into the stands during their coverage of the MLB hasn’t looked anything better than a computer glitch.

The reasons are multiple, though equally stupid. One, FOX can’t put the fans in their main shot from center field, so the stadium looks empty most of the time as we watch the game from behind the pitcher. In no stadium would the seats behind home plate be completely empty before showing the rest of the stadium full (aside from Yankee Stadium). Your view goes from empty stadium to full one depending on the camera used, and it’s as if the teams just teleported somewhere else and back again as the shots change.

Second, it’s not even well-executed. Stuff like this happens:

Nelson Cruz just disappears behind some strange curtain that’s floating eerily above one section of an entire stadium, as if they were putting a horse down behind it or something.

Three, the crowd isn’t tied to the action on the field in any way, and every fourth person just stands up for no reason every few seconds, either to get his shorts out of his crack or cut a loud fart or both.

While digital fans’ expression never changing on “MLB:The Show is fine and what you’re used to, seeing it juxtaposed onto live action make it feel like the game has been attended by thousands of lobotomized experiments that have been discarded into the stadium so they don’t mix with society and the evil lab won’t have questions to answer. Yes, we’re completely aware that’s how sports and TV executives have viewed fans for years, but the visual reminder is a bit much.

If this is what we’re looking forward to when the NFL returns, you can keep it.

At Least Entertaining – MLS’s Everyone Is Scorpio Video Board

Where they haven’t pasted ads in every possible space, MLS took the approach of showing one fan at a time instead of a mosaic at each end of their field. It gives fans the chance to be a giant face looming over the action, as if they’re some dictator demanding his plebes entertain him, or Galactus about to eat the Earth, or that the graphics guy from a Rush show is going through a bad breakup and isn’t paying attention during “The Trees” while he stalks his ex’s social media. I really hope in the future when fans return to MLS stadiums they each create a tifo of their hairiest fan shown on these boards to intimidate the opponents. Imagine this but with the guy who looks like he’d have a bunch of popcorn stuck in his beard at the end of the bar while trying to watch MotoCross.

The NBA has displayed their virtual fan screens most prominently, right behind the benches and behind the baskets surrounding the court. The black walls behind the few rows of tiered benches gives off an aura of “AWA Team Challenge mated with The Kumite inside of a high school gym.” It feels more like fans aren’t allowed not because of the virus, but because the NBA can’t give away its location for fear the junta will come in and disappear everyone for partaking in a banned activity (don’t rule this out in today’s America).

Not Even Bothering – NWSL, NHL

It’s like NHL just opted to turn the arenas in Toronto and Edmonton into giant soundstages, which is what they are. There are screens across from the main camera, behind the benches, but they merely display team graphics and lights. During some stoppages they do flash an occasional mosaic of fans via Zoom, but they aren’t prominently displayed. It’s almost like the NHL isn’t insulting our intelligence by trying to suggest fans are a part of this. We’re clearly through the looking glass.

NWSL also didn’t bother with a screen and just presented the empty stadium as is, because we all know they’re playing in an empty stadium thanks to THESE UNCERTAIN TIMES. Somehow, the horror of no live fans being visible didn’t prevent the league from achieving its two highest-rated games in history. Weird, that.

Everyone Is A Shiny Flag – ESPN’s Serie A Coverage

ESPN seemed to realize this was a goof from jump street, because after the Coppa Italia final we didn’t see it much. But when soccer in italy first returned with that cup final, ESPN used this to try and fill in the stands. It simply looked like they were trying to remake the video for “Seether” for Vercua Salt, as it just looked like shiny red paper bobbing in the wind. While the philosophical angle of turning people into mere scraps of glowing light shifting in the breeze can’t be ignored, it didn’t make for very comfortable television.