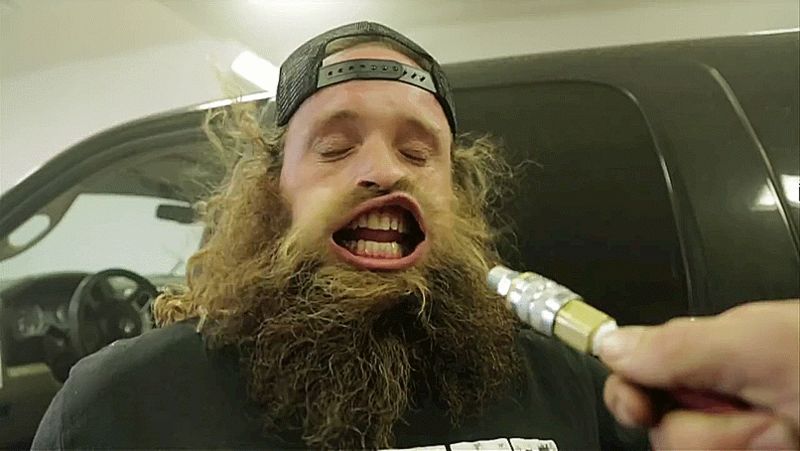 Diesel Brothers is the latest iteration of walking caricatures fed through a procedural reality-TV meat grinder. Think Fast N Loud with a little more Larry The Cable Guy. I’m ashamed to admit I enjoy watching it.

My colleague Tavarish already did such a great job explaining why “car TV shows” suck if you love cars, but I will summarize his sentiments:

Diesel Brothers takes big-bearded coal-rollin’ broskis and puts them into that rigmarole like puzzle pieces.

So what makes this show different?

We just went over that! The beards and the broiness. Try to keep up.

Also they’re pretty funny. Not sure if some sense of irony has clouded my judgement or I really do love blue collar comedy as much as the rest of America but these doofuses crack me up.

Main characters are Heavy D and Diesel Dave. Together they run DieselSellerz.com, a classified board for “all things diesel.”

They seem to have gotten their on-screen start with a series of YouTube clips the made to promote the site. The “Diesel Dave Show” actually looks pretty well produced; kind of like a redneck Tosh.0.

Oh, and there’s a lot more Trumpesqueiness on their YouTube videos than there is on the Discovery show, like this gem from the clip above:

Pussy in a Tampax shirt: “Is that a rape whistle?”

Diesel Dave: “Actually no it’s a turbo keychain. But I guess next time you’re hog tied in the back of a pickup truck you can try to make it wind up.”

On one hand what right do I have to criticize these guys? We’re guilty of recycling successful formulas here on The Internet too. And for some reason I can’t talk to a camera without putting on that same goofy announcer-voice either.

But The Discovery Channel asked what I thought of their show; what choice did I have but oblige?

I hate Diesel Brothers because it’s predictable, regurgitated banality aimed squarely at the lowest common denominator consuming entertainment. I love it because trucks built to unusable extremes are fun to look at, and for reasons I’m not prepared to explain; I think the redneck schtick is hilarious.

This show will either teeter along forever because it’s cheap to make and easy to replicate, or be shut down abruptly when one of the characters gets caught on camera delivering some unhinged and offensive rant.

Until its inevitable demise, you can watch all the Diesel Brothers you want on YouTube, the Discovery Channel website or presumably your television if you have one.