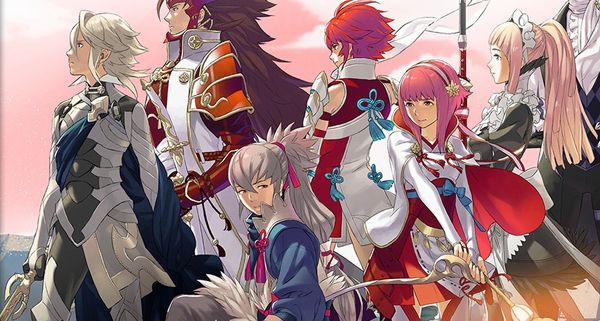 I still feel a little dirty writing about Nintendo DLC, getting this irking feeling like it’s something that’s not supposed to exist. However, Fire Emblem Fates has plenty of DLC coming down the pipeline, and like the Fire Emblem sheep I am, I’ll probably be buying it all.

Luckily,the first one is free, so we’ll be able to get a taste of what is to come. The first map, “Before Awakening,” will be available to download when the game launches on Feb. 19. As for the rest, Nintendo has announced a schedule for when they’ll be released starting from Feb. 25. Each will cost between $1.49 and $4.99 depending on the size and rewards.

When all are released, Nintendo will bundle these packs into a huge $17.99 digital pack on April 21. Keep in mind, Fire Emblem Fates also offers players the option to buy further campaigns for $19.99 on top of the $39.99 they pay for the base game.

All this seems a little too perfectly timed and planned out. Normal fans will probably take two weeks or so to beat the main campaign, and then they’ll cough up to play the second campaign for two weeks. Afterwards, most will probably finish that at roughly the same time the third campaign is released on March 10, and finally, once players are finished with that, there’s a whole package of DLC waiting for them!

If Fire Emblem Fates is a hit, expect Nintendo to be rolling in the money with it. My goodness! I’ve never seen a Nintendo game be so exploitive!

Fire Emblem Fates launches for the Nintendo 3DS on Feb. 19.