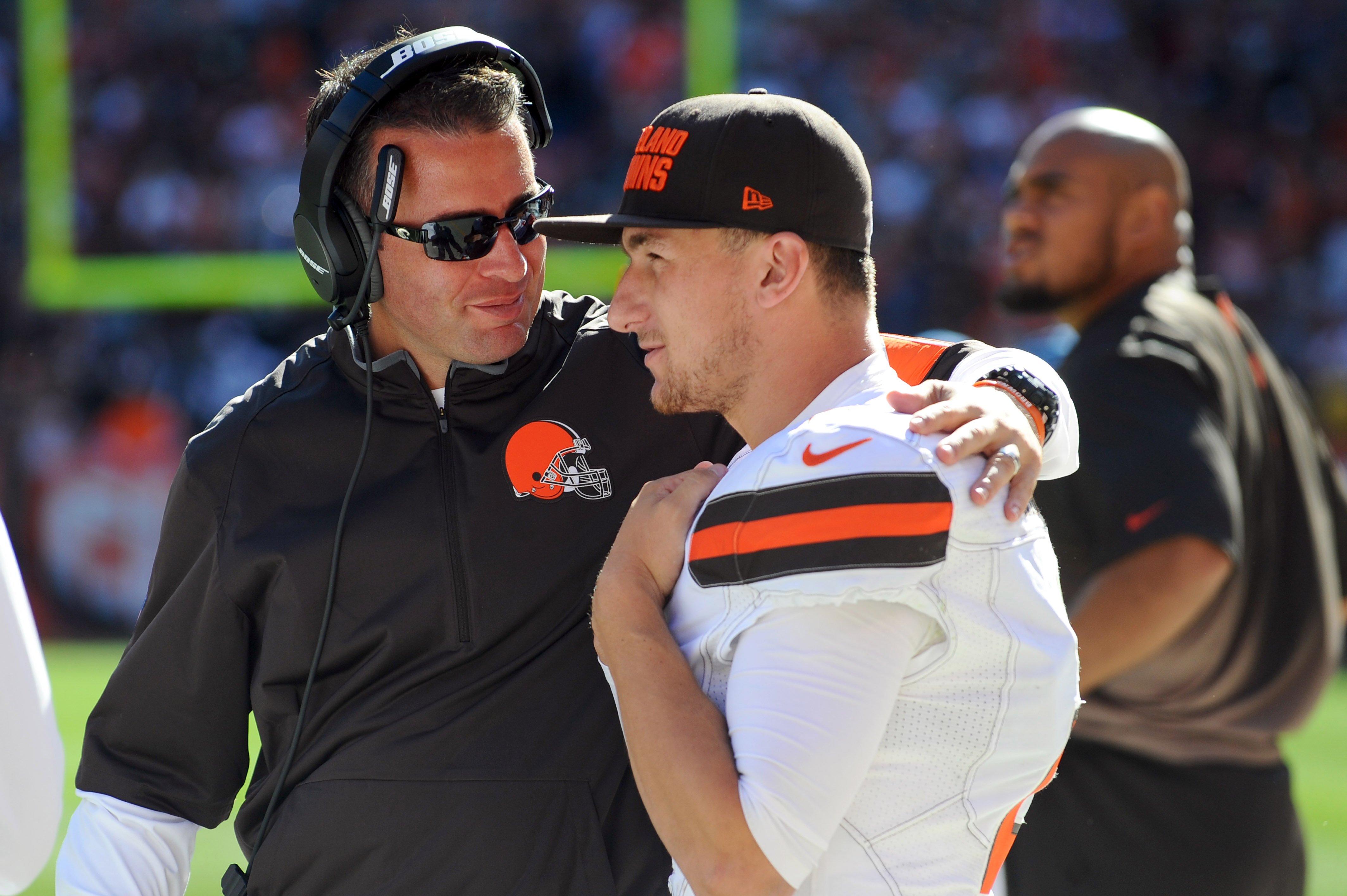 When Johnny Manziel missed the end of the Cleveland Browns’ season, the organization said that it was because of a concussion the quarterback had sustained against the Kansas City Chiefs in Week 15.

A new report on Tuesday, however, alleges that Manziel actually arrived at a Browns practice drunk on December 30, and that the Browns failed to report the incident and instead said he had a concussion.

I was with a Browns player yesterday. Johnny Manziel, going in to what would have been a start late in the season, showed up drunk at practice on a Wednesday. The Browns lied and said he was in the concussion protocol. Let me say that again: The Browns lied. To try to protect and, I would argue, enable this irresponsible and very troubled young man.

Not long after the incident, the Browns said that Manziel had failed to show up to his concussion protocol and that they didn’t know where he was. Reports suggested that Manziel was in Vegas, partying and gambling in a disguise and under a pseudonym.

The Browns deny that they lied about the concussion.

#Browns spokesman: “The fact that people are saying we lied about (Johnny Manziel’s) concussion is false”

For Manziel, everything has gone downhill since. The Browns will cut him on March 4, the earliest possible date they can. His agent dropped him and released a statement saying that he hopes Manziel will get the help he needs.

Off the field, he is embroiled in a domestic-violence incident with his ex-girlfriend, in which he allegedly said that he was going to kill her and himself and hit her so hard in the ear that she ruptured her ear drum. Manziel’s family twice tried and failed to check him into rehab, and his father told the Dallas Morning News that he is worried his son won’t live to see his 24th birthday.

If Manziel showed up to practice drunk on December 30, as Silver is reporting, not only does it suggest for the umpteenth time that Manziel has a serious drinking problem, but it also paints a damning portrait of the Browns organization for failing to handle the situation correctly.

We have reached out to the Browns for comment.