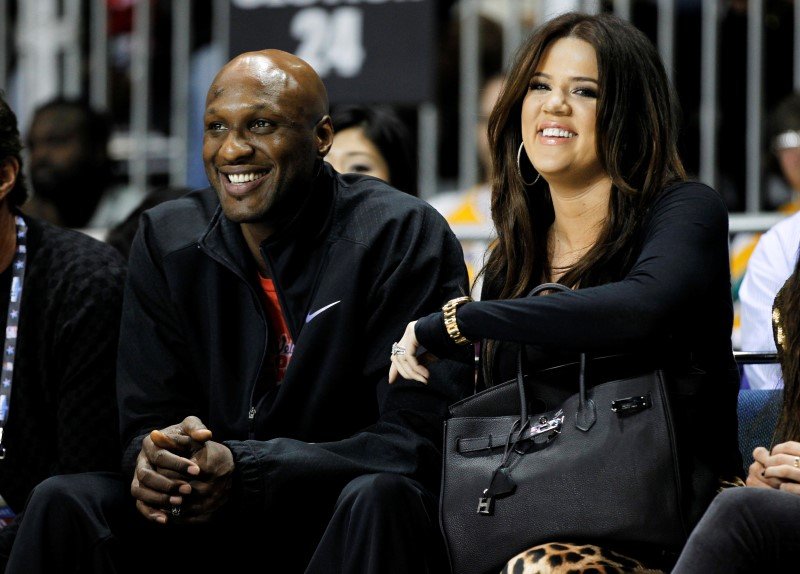 It’s been over five months since Lamar Odom’s drug overdose at a Nevada brothel in October threatened his life and briefly left him in a coma. Although early reports from his recovery suggested that the two-time NBA champion could barely walk and was having trouble remembering his name, Odom is now out of the hospital and will not face charges for drug possession.

Amid the positive news, however, is a new report from TMZ on Wednesday revealing that Odom is reportedly refusing wife Khloé Kardashian’s requests that he also get treatment for drinking and addiction.

Lamar Odom’s drinking has reached crisis level for Khloe Kardashian, and we’ve learned she desperately wants him to get help NOW … but Lamar’s digging in his heels.

Sources close to the still married duo tell us Khloe’s doing everything she can to convince him to get treatment for addiction. We’re told LO’s happy to go to physical rehab, but refuses to deal with his drug demons.

Odom suffered from an accidental overdose in October that was partially caused by mixing cocaine with an herbal Viagra supplement. Doctors initially pegged his chances of survival at 50/50, though he has ultimately gone on to a near-full recovery.

In February, Odom made his first public appearance since October, arriving with the Kardashians at Madison Square Garden in New York City for Kanye West’s album release.