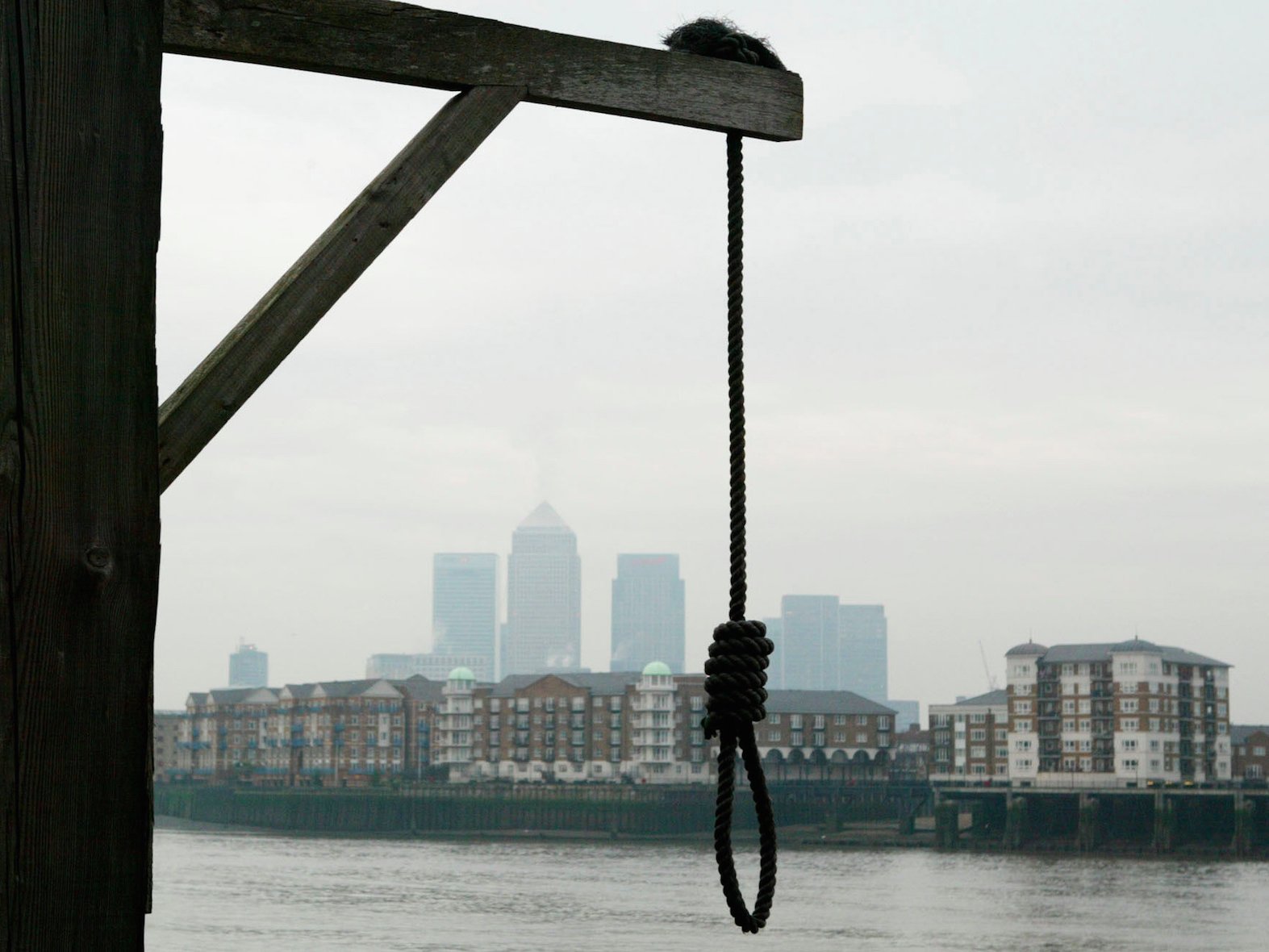 A hangman’s noose outside The Prospect of Whitby pub with Canary Wharf in the background.AP Photo/John D McHugh

LONDON — The European Commission is drawing up plans to effectively force firms with euro clearing activities in the UK to move them to the European Union or be subject to EU rules once Britain has left the bloc.

The Financial Times reports that a draft policy communication from the Commission set to be released later this week will set out a series of measures that will seriously impinge on London’s ability to act as a hub for the clearing of euro derivatives.

According to the report from the FT’s Jim Brunsden and Alex Barker, the Commission’s paper said that “specific arrangements based on objective criteria will be necessary to ensure that, where CCPs [central clearing counterparties] play a key systemic role for EU financial markets . . . they are subject to safeguards provided by the EU legal framework.”

“This includes, where necessary, direct supervision at EU level [and/or] location requirements.”

The acceptance of English law and widespread use of English language has made London a hub for clearing globally, and it handles more than 70% of the daily euro clearing business, equivalent to around €930 billion of trades per day, according to a House of Lords report from 2016.

European policymakers have argued that euro clearing should take place within the euro area. Britain has repeatedly had to defend its right to clear euro trades, given that it does not have the euro, even facing a legal battle to defend those rights.

Since the Brexit vote last summer pressure from political leaders has intensified with regard to shifting clearing out of London, with officials from across the bloc frequently making clear they believe that it must shift to an EU hub like Frankfurt or Paris.

Roughly 83,000 people could lose their jobs over the course of the next seven years if clearing completely shifted out of the City, an EY report in 2016 argued. Xavier Rolet, the chief executive of the London Stock Exchange, said in September that a minimum of 100,000 jobs in the UK’s financial sector could be at risk.

Last week, one of the key figures in clearing in the City of London, Michael Spencer — CEO of NEX — warned that forcing clearing houses to move operations out of London could be incredibly dangerous and lead to a “deeply, deeply bad” situation.

“At a superficial level this may sound sort of reasonable,” Spencer said of claims that euro clearing should be done in the eurozone at a conference in London.

“But actually, once you stand back, the ramifications are really quite alarming. Because the only way they could repatriate euro clearing from the UK into the eurozone is by effectively banning, or making it profoundly difficult for, eurozone institutions to access to euro clearing in London.”