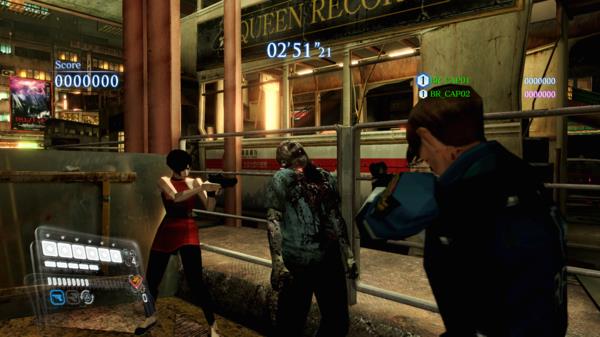 Because we just can’t buy these games enough, Capcom is bringing the three action-packed Resident Evil games to the PlayStation 4 and Xbox One. The company confirmed that Resident Evil 4, 5, and 6 will be making their way to current generation consoles for $19.99 each.

Resident Evil 4 will be released on March 29, and it is still the absolute peak of the series. As one of the most revolutionary games of all time and a perfect blend of the old and new Resident Evil, everyone should blast through it at least once. More than likely, you probably already have since it has appeared on every home console since the GameCube, and this latest port is just one of the many in existence.

Still, it’s Resident Evil 4. Shut up, and buy it again!

Resident Evil 5 is the best selling Capcom game of all time, and it holds up well thanks to its co-op and somewhat underrated sense of restraint. It might stray a bit too far from the classic formula, but it’s still a solid game worth jumping into again or for the first time. It will be released in the summer.

And then there is Resident Evil 6, and thanks to this game, we realize how restrained Resident Evil 5 truly is. This over-inflated, ego driven vanity project has its fans, but any sense of tension and subtly is thrown out the backdoor for its bloated story and cheap action. Play it for the schlock, not for the design or plot. Resident Evil 6 will be released this fall.