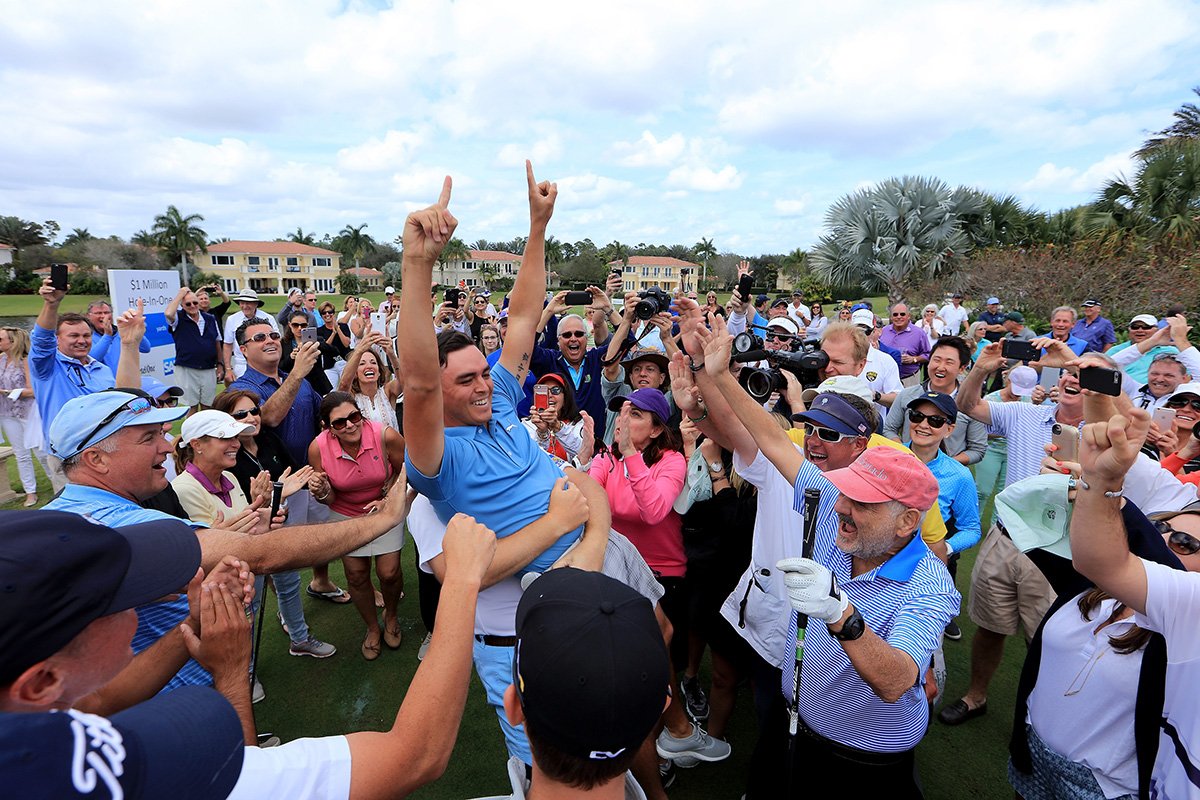 On Monday, a number of the top golfers in the world took part in the Els for Autism Pro-Am, an event hosted by Ernie Els to help raise money for autism research.

The highlight of the event is the 113-yard 19th hole at the Old Palm Golf Club, where each of the competitors takes a shot at making a hole-in-one. If anybody can ace the hole, an extra $1 million will be given to autism research. The sum is not insignificant for this tournament as it typically raises about $1 million total each year, including $1.2 million a year ago.

After several other top golfers failed, Rickie Fowler took aim, but not before making a couple of adjustments. According to Tim Rosaforte, Fowler switched out of his golf shoes and into sneakers. Fowler also took the shot using Luke Donald’s pitching wedge. And he got a big hug from the tournament host, Els. Fowler called it “one of the coolest moments” of his life.

Epic Monday! One of the coolest moments in my life making a hole in one earning $1,000,000 for @ernieelsgolf #ElsForAutism ☝️

Now they just need to add a 1 to the front of that check, as it had already been made out for $820,000 before Fowler’s shot.