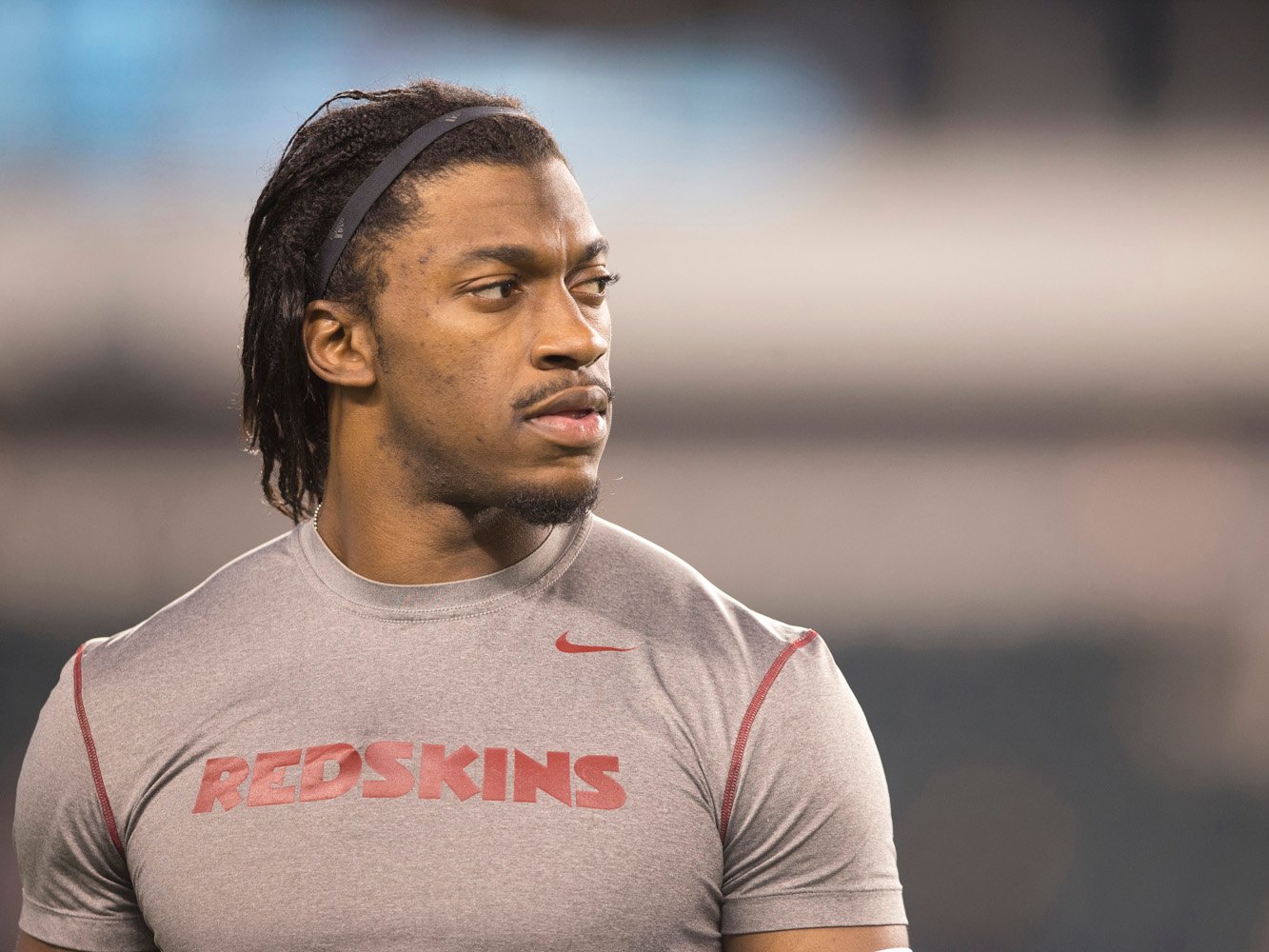 After spending the last season in warmups, it appears Robert Griffin III’s shot at redemption will begin in Cleveland.

ESPN’s Adam Schefter reported on Thursday that Griffin is expected to sign with the Browns on a two-year deal.

Griffin was released by the Washington Redskins earlier in March and had met with the Browns and Jets this offseason. Browns head coach Hue Jackson told reporters that he came away impressed by Griffin during their meeting.

Griffin was Offensive Rookie of the Year in 2013, but tore his ACL in the postseason. He rushed back from injury the following season and played poorly in 10 games. The following season, he struggled with Jay Gruden’s system and was in and out of the lineup, being replaced by Kirk Cousins, then Colt McCoy.

Griffin was healthy and slated as the starter in the 2015 preseason when he suffered a concussion. From there, Gruden, who remained critical of Griffin’s play, turned to Cousins and didn’t look back. Cousins had a breakout season while Griffin didn’t play a regular season snap.

Schefter also reportedthat Griffin’s presence will likely make current Browns quarterback Josh McCown available. The Browns have the No. 2 pick in the draft and are widely expected to take a quarterback — likely North Dakota State’s Carson Wentz or Cal’s Jared Goff. Griffin would likely compete for the starting job with either rookie if the Browns do move on from McCoy.

Jackson was the offensive coordinator for the Cincinnati Bengals and helped Andy Dalton turn a page. The NFL world has generally felt that he could work well with Griffin, though it’s clear that Griffin needs to develop into a better drop-back and pocket passer.

The Browns have not been a team where quarterbacks go to flourish in recent years — particularly quarterbacks deemed as projects. Ask Johnny Manziel. Bringing Griffin aboard, between health issues, talent issues, and as some have speculated, personality issues, ought to be one of the most enticing storylines of the 2016 season.