Commission-free trading platform Robinhood was hit with a $1.25 million by the Financial Industry Regulatory Authority (FINRA), which regulates US broker-dealers, per Quartz. Robinhood was slapped with the fine because it did not ensure users received the best prices possible October 2016 through November 2017 — however, it wasn’t disclosed how much harm was caused to users over the period. The fintech has neither denied, nor confirmed the claims. 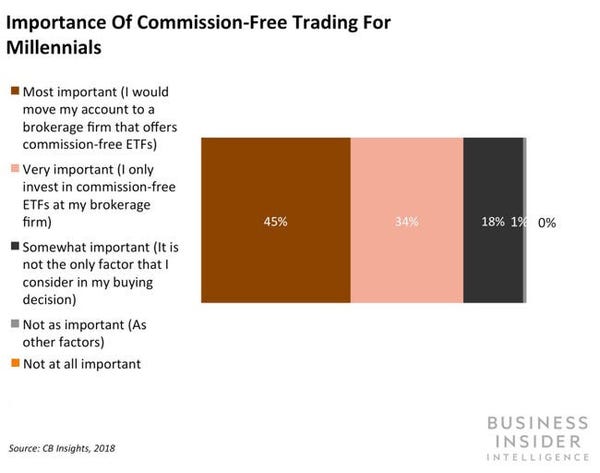 Robinhood makes money selling customer orders to high-frequency trading firms — and while a legal and common practice, it’s a controversial one, as clients don’t know whether they’re getting a good price on their trades. Some trading firms purchase a retail-investor order from a broker and execute the trade for them in order to profit from the difference between the bid and order. So, brokers like Robinhood get a share of that money. And there are concerns about this practice because brokers could potentially choose a firm that gives them the highest cut, rather than the best deal for end users.

While this adds to a slew of issues Robinhood has faced recently and could be bad news for its reputation — $1.25 million is small potatoes for the fintech giant and several signs show that this is more of a slap on the wrist than a major cause of concern for Robinhood.

This fine adds to a series of controversies around Robinhood, including a botched attempt to launch a checking and savings accounts with a 3% interest rate, as well as recent issues with its app that gave users infinite leverage when trading stocks.

However, Robinhood also raised a $323 million Series E funding round in July led by DST Global, giving it a $7.6 billion valuation, suggesting that investor confidence in the startup is still strong. Additionally, the fintech announced earlier this month that it has surpassed 10 million users, which is a testament to its business model and customer experience.

A spokesperson from Robinhood cited by Quartz also pointed out that the fine relates to a historic issue, and is not reflective of how the fintech operates today, which could further boost confidence of existing and prospective users. Hence, this fine is likely more of a warning for Robinhood to ensure that it operates according to customer expectations moving forward.