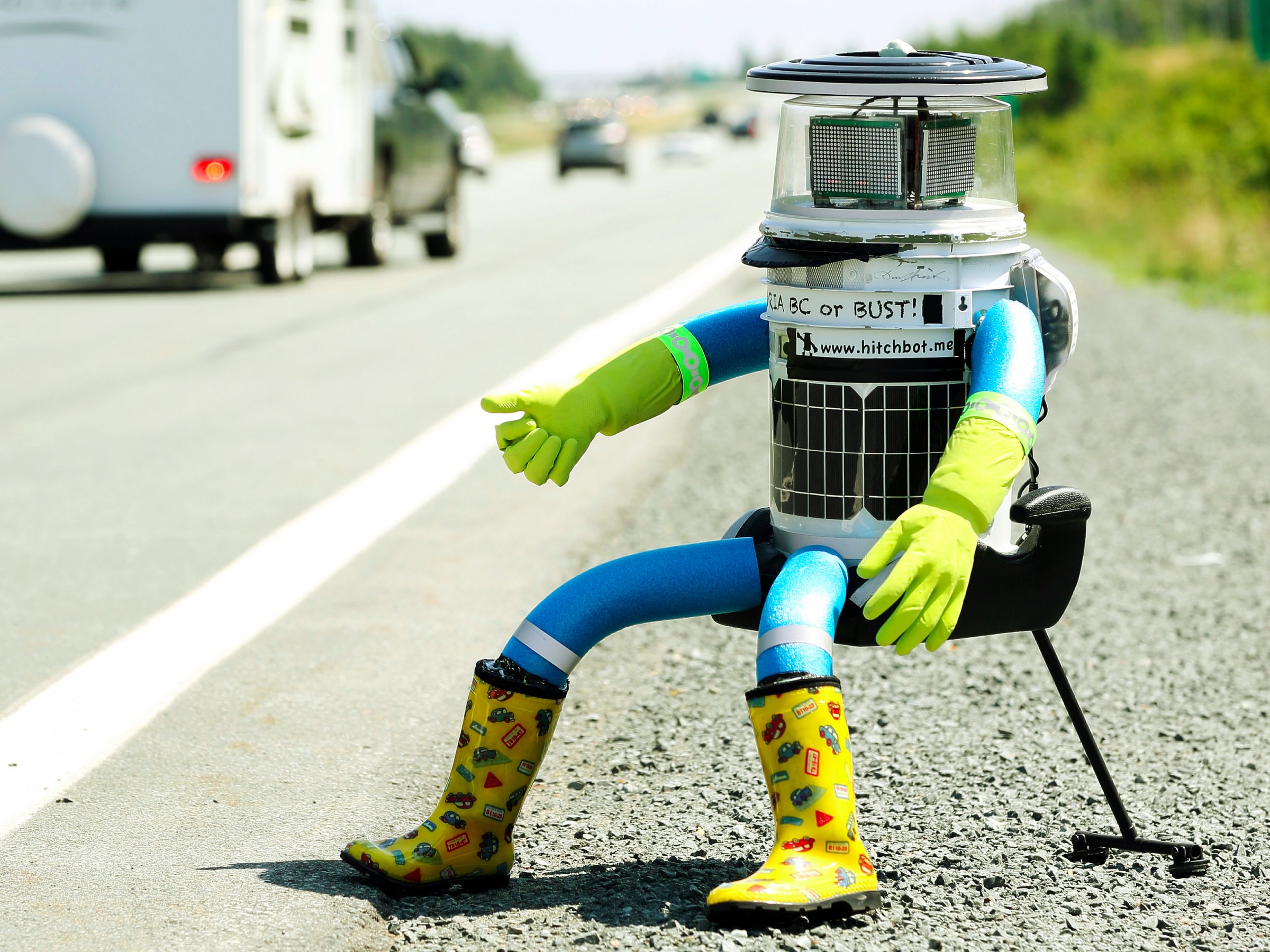 Reporters called it the robot, but its physical presence was hardly felt.

It was almost invisible, just a Microsoft Excel macro that could write a fairly detailed stock-market report that could then be edited and polished by a human journalist.

But when Reuters introduced the robot to its newsroom in 2007 — just before the financial crisis — it was an early sign that manufacturing was not the only industry that automation was infiltrating.

White-collar workers in fields like journalism, finance, medicine, and law are seeing an increasing use of machines, but one much less damaging to workers’ job prospects.

Unlike in manufacturing, where machines can take over entire factory floors in a physical, almost menacing way, machine learning and artificial intelligence so far are playing fairly benign roles in the professional world.

Reuters and others automate key market headlines that follow a predictable pattern, including rating-agency releases. The software recognizes the action and reports it accurately to market clients without human intervention (most of the time). The Associated Press also uses automation for corporate-earnings reports and for basic sports reporting.

Still, job losses in journalism attributed to automation have been minimal, often nonexistent. If anything, automation has allowed reporters to do more analysis and in-depth reporting and move away from the more mundane, repetitive-stress-injury-prone parts of the job.

Given the pace of automation and advancement in artificial and robotic intelligence is fast and unpredictable, it is impossible to know for sure just what sort broad impact it will have on white-collar employment. But interviews with several experts on the issue and a review of prevailing economic research suggest the effects, for now, are viewed as primarily positive.

“In general, any job that involves sitting in front of a computer manipulating information in some relatively routine, predictable way is going to be vulnerable to automation,” says Martin Ford, a software engineer focused on automation and the author of “Rise of the Robots: Technology and the Threat of a Jobless Future.”

As prime examples, Ford points to automatically generated news stories and basic contract analysis at law firms, as well as certain areas of auditing and accounting. Think of a basic tax-preparation software that someone can purchase online. In medicine, he says, “Machine learning systems have already outperformed human radiologists and pathologists at interpreting medical images in some cases.”

JP Morgan has announced it is now using software that can accomplish in seconds what it took legal aides 360,000 hours of work to do. A surge of algorithmic trading has also considerably reduced the amount of human input in financial-market activity. Japan’s Fukoku Life Insurance Co. recently turned to IBM technology to automate document processing.

And yet unlike for many blue-collar workers, the rise of automation in professional settings may not mean job losses. Trading floors used to be made up of paper and humans. Now they’re increasingly automated.AP/AP

David Autor, an economist at the MIT Sloan School of Business and a leading expert on the issue of jobs and automation, is fairly sanguine in his research. He points out in one of many papers that the rapid pace of recent technological growth has not wiped out a significant portion of jobs, but instead changed the labor market in myriad ways, many positive.

“Automation does indeed substitute for labor—as it is typically intended to do,” Autor writes. “However, automation also complements labor, raises output in ways that lead to higher demand for labor, and interacts with adjustments in labor supply.”

It’s true that the economic recovery that followed the great recession was the weakest in recent memory, which means it took several years for the country to recover the 9 million jobs lost during the downturn.

Still, the economic expansion has also been the longest in modern history and managed to create 15 million jobs since the depths of the slump. The US economy, which is dominated by the services industry, has consistently generated about 200,000 jobs a month in the past two years. The unemployment rate is near historic lows at 4.7%.

Autor thinks “journalists and even expert commentators tend to overstate the extent of machine substitution for human labor and ignore the strong complementarities between automation and labor that increase productivity, raise earnings, and augment demand for labor.”

That view is shared by Neil Kinson, the CEO of London-based Redwood Software, an automation and robotics firm whose clients include Heineken and Mercedes-Benz.

“The discussion is overblown by the notion of artificial intelligence and machines taking over. But a lot of what we’re seeing is driven by Siri and Alexa,” he told Business Insider. “As much as I love and adopt those technologies, it is a leap to say, whether I’m a bank or a utility, that I would entrust the management of my customers to that kind of artificial intelligence.” Treasury Secretary Steve Mnuchin came under fire recently for saying he was not at all concerned about the possibility that automation could wipe out a substantial portion of jobs — both blue collar and white.

“It’s not even on our radar screen … 50 to 100 more years” away, he said, in an interview with Axios. “I’m not worried at all” about robots displacing humans in the near future. “In fact, I’m optimistic.”

That’s a bit of an odd thing for Mnuchin to say given his background as a longtime Goldman Sachs banker and later Hollywood film executive, considering that both industries have all but been revolutionized by technological change in just the past decade.

A mere look at the growing share of market trades done by electronic algorithms rather than humans should tell the secretary something about the pace of change in banking. And computer-generated imagery has completely redrawn the landscape of cinematic possibility, including using fewer actors and costume and stage designers, even for large, epic scenes. “Lego Batman,” anyone?

A study from PwC published March 24 suggests Mnuchin could be understating the challenge from automation to employment conditions in the US and overseas. Their research found that some 38% of American jobs are at risk of automation by the early 2030s — that’s less than 20 years away. In industry-heavy Germany, that rate is even higher at 35% and slightly lower but still substantial at 30% for the UK.

Still, Mnuchin is correct in seeing AI more as an opportunity than a threat, especially among jobs requiring college degrees.

The PwC survey itself maintains that automation will also help generate new jobs and therefore is not a zero-sum game for the labor market.

“Automation will also boost productivity and wealth, leading to offsetting additional job gains elsewhere in the economy — but inequality may rise,” according to the survey by PwC chief economist John Hawksworth and Richard Berriman, a machine-learning specialist at the firm.

“Wall Street has seen a dramatic impact,” says Ford. “By one account, about a third of the financial-sector jobs in NYC have disappeared since 2000. Trading floors, of course, used to be full of people calling on phones. Now it is all automated and most trading is algorithmic. There are now hedge funds run almost entirely by AI.”

Rachel Grimes, the president of the International Federation of Accountants, agrees that white-collar workers should welcome, not fear, their electronic colleagues.

“Computers and software have evolved to a point where they can populate spreadsheets, crunch numbers, and generate financial statements and earnings reports more quickly and accurately than any human accountant,” she wrote in a recent opinion piece for Business Insider.

“In fact, machines are already taking on many of an accountant’s old, routine, administrative chores — online tax returns and bookkeeping software are great examples of routine work that accountants no longer have to do.”

If all goes well, we journalists should also be able to kick our work up a notch.