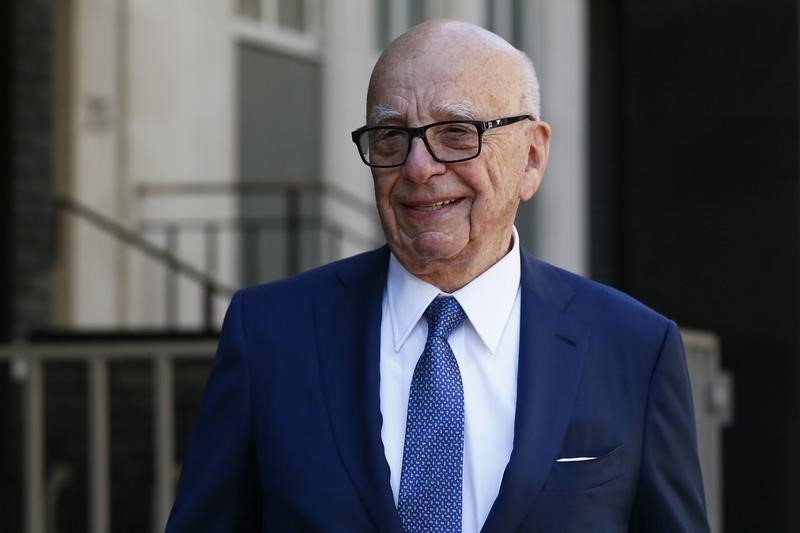 Rupert Murdoch has sold his $125 million stake in beleaguered blood testing startup Theranos, according to a new report from the Wall Street Journal.

Citing a source familiar with the deal, the Wall Street Journal says the company bought back Murdoch’s shares for just $1. That price tag could potentially allow Murdoch to write off his investment in Theranos as a loss, a move that could let the media mogul save millions on taxes owed on other investments, the report speculated.

The private stock sale is the latest chapter in the ongoing struggles at Theranos, a once red-hot health technology startup that has fallen from grace amid questions about the accuracy of its product. Murdoch is the executive chairman of News Corp, the parent company of the Wall Street Journal, which published the investigative report that first brought the problems at Theranos to light.

Looking for a promise

Murdoch’s stock sale came after he reportedly didn’t partake in a new share plan approved by Theranos’ board. Under the agreement, Theranos is planning to give investors in its latest round of financing additional shares if they promise not to sue the troubled blood-testing company. Those additional shares will come directly from the CEO and founder of Theranos, Elizabeth Holmes.

The decision to give additional shares from her own pool was praised by Theranos director Daniel Warmenhoven to the Wall Street Journal, saying Holmes had “a level of selflessness and grace reflecting her commitment to the company’s success.” The new arrangement has the potential to dilute Holmes’ shares so she loses majority control of the company.

Murdoch, however, struck a separate agreement and opted to sell rather than receive the additional shares, according to the Wall Street Journal.

The embattled company’s saga came into the spotlight in October 2015 after The Wall Street Journal published an investigation that questioned the accuracy of Theranos’ blood test. In 2016, Theranos’ northern California location was shut down, and Holmes was barred for two years from running a clinical lab.

The company is now facing lawsuits from investors, patients, and its once partner Walgreens, which ended its relationship with Theranos in June 2016 and is accusing Theranos of breaching its contract. In January, it confirmed it is laying off 41% of its staff. In October, Theranos closed its clinical labs, letting go of about 340 people. This new round will cut another 155 people, with 220 remaining.

SEE ALSO:Theranos is laying off 41% of its staff