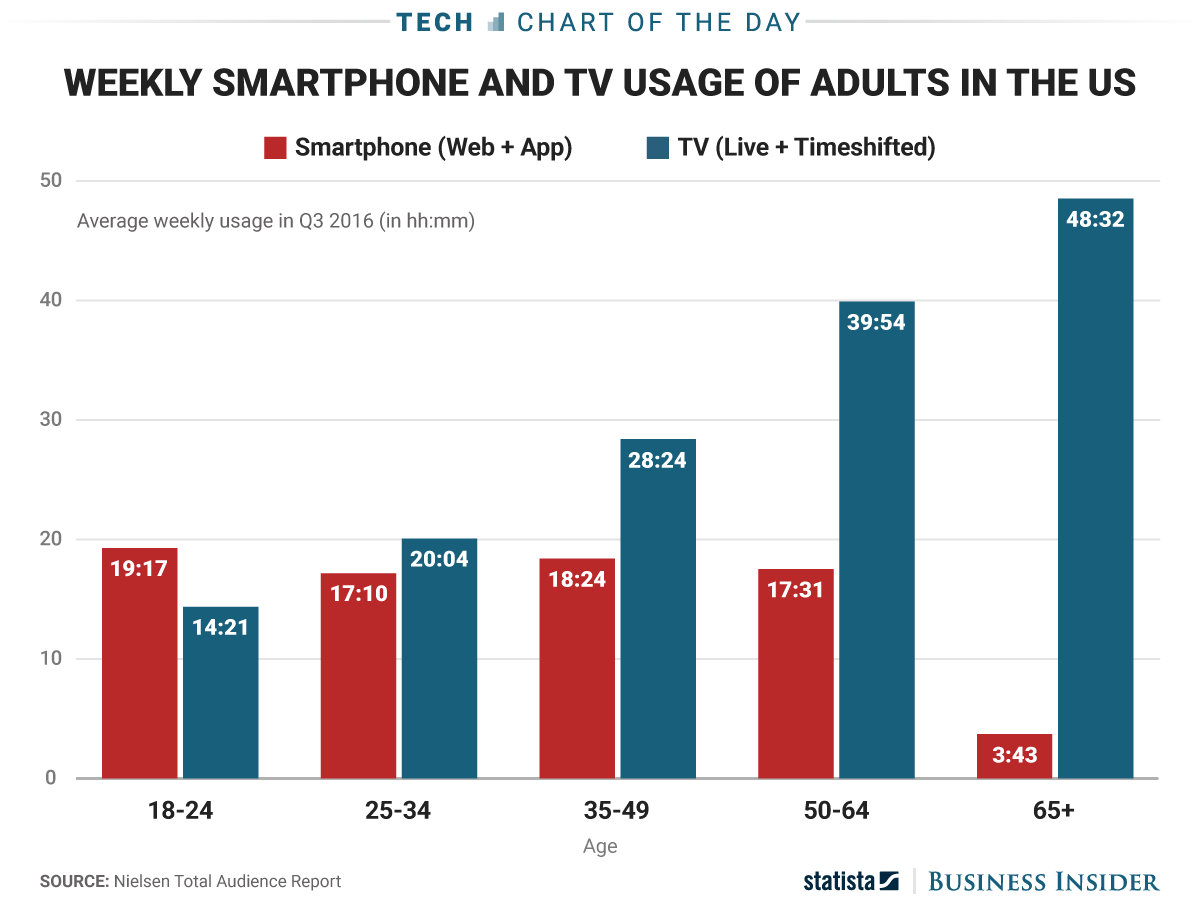 Even as the smartphone has exploded in popularity, the television has remained the most viewed screen in most Americans’ lives.

As this chart from Statista shows, though, its grip is starting to loosen. According to the most recent Total Audience Report from research firm Nielsen, young Americans between the ages of 18 and 24 now spend more time using smartphones than watching TV, with about a five-hour gap between the two.

Older generations still prefer TV by a good margin, but the younger you go, the closer the gap gets. This doesn’t necessarily mean traditional TV is dying, but it probably won’t be dominant, and this only furthers the notion that when and where people consume media is diversifying. It’s no wonder so many companies are trying to get ahead of the streaming TV game.