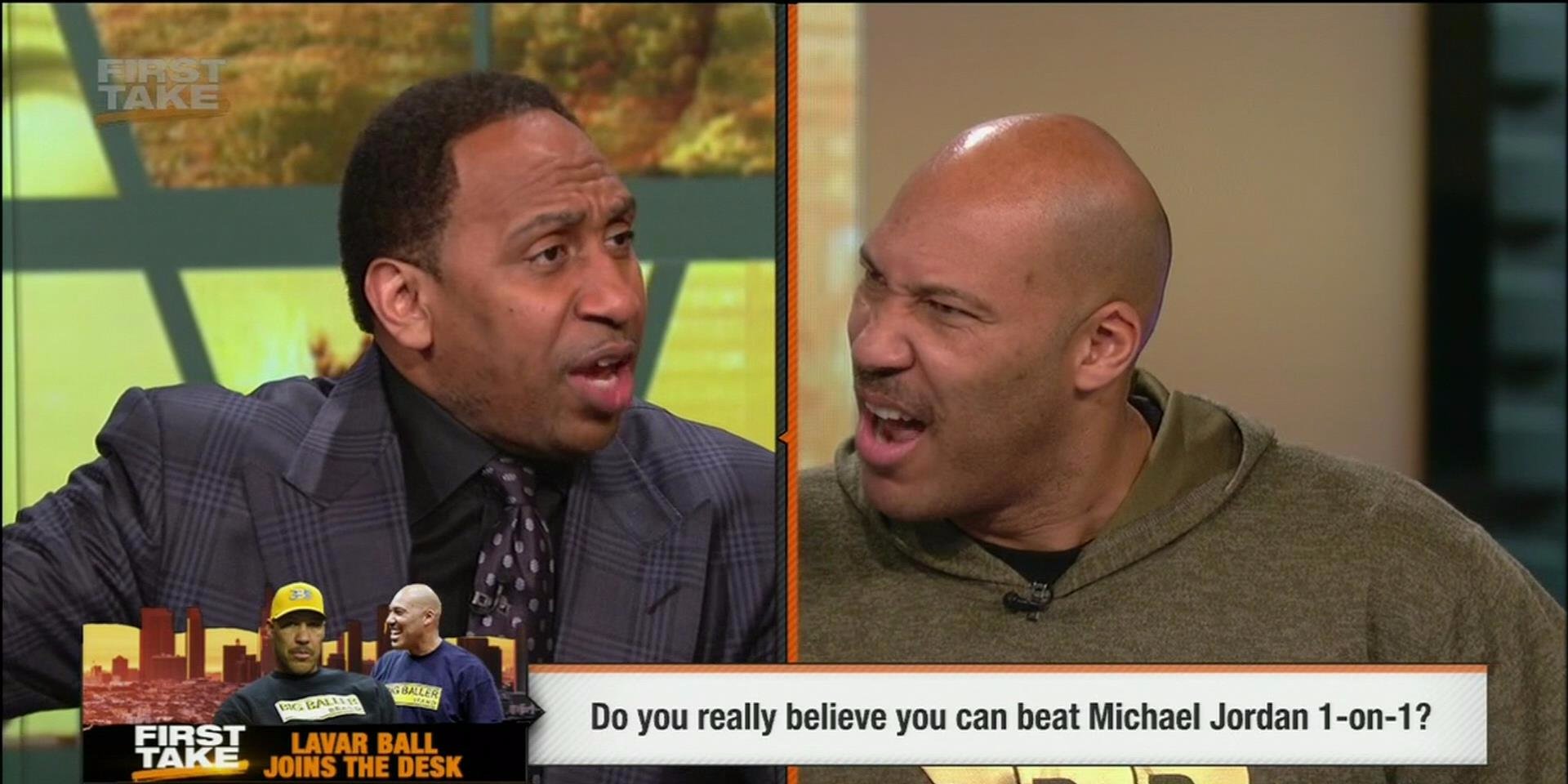 LaVar Ball, the father of UCLA’s Lonzo Ball, has proven over and over that he is not short on confidence in either himself or any of his three basketball-playing sons. That swagger reached epic proportions Thursday during a segment on ESPN’s “First Take.”

Host Stephen A. Smith challenged Ball on his recent comments that he could have beaten Michael Jordan one-on-one in his prime.

Ball wouldn’t back down, saying “[Jordan] would need help. He’s too small.”

This got Smith even more fired up than usual and Ball was up to the task. The two traded verbal punches like Muhammad Ali and Joe Frazier. For each Smith exclamation, Ball just upped the ante, saying Lonzo is better than Stephen Curry and that he would have an impact on the Lakers similar to Magic Johnson.

While there was no winner in this debate, one thing was clear: Stephen A. Smith finally met his match and we are the real winners for having this to watch.

Here is about five minutes of the highlights. You can see an even more condensed version below:

LaVar Ball is #sodisrespectful. MJ would mop the floor with him. #nba