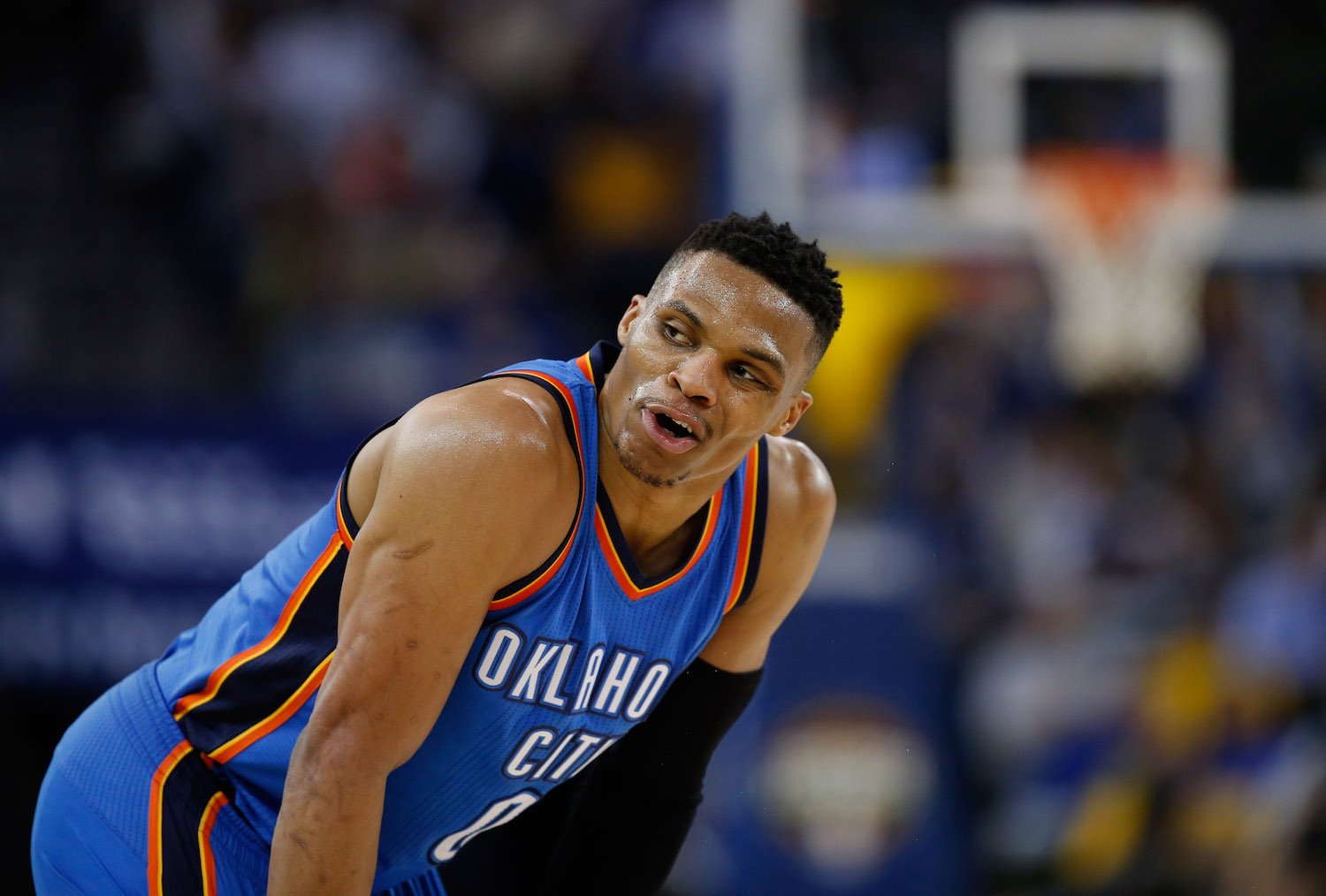 The NBA’s regular season tips off in just two weeks, and tension between former teammates Russell Westbrook and Kevin Durant appears to be rising by the day.

Earlier this week, Durant seemingly took a shot at Westbrook when he praised the selfless play of his new teammates.

“I feel really grateful to play for a team like that and play with a bunch of players who are selfless and enjoy the game in its purest form,” Durant said, a seemingly direct shot at his former point guard with the Thunder.

On Thursday, a reporter in Oklahoma City read Durant’s words to Westbrook and asked what he thought about them.

Then, smiling, Westbrook added: “My job is to worry about what’s going on here, to worry about all the selfish guys we got over here apparently. So we’re gonna figure that out.”

A reporter followed up by asking if it was hard to not interpret everything Durant said as a shot at him and the Thunder.

“Honestly I’m really tired of talking about it,” he said. “Anytime anyone asks me another question about it I’m just not going to answer.”

The Warriors and Thunder meet for the first time on November 3 in Oakland. That’s exactly 21 days from now … but who’s counting?