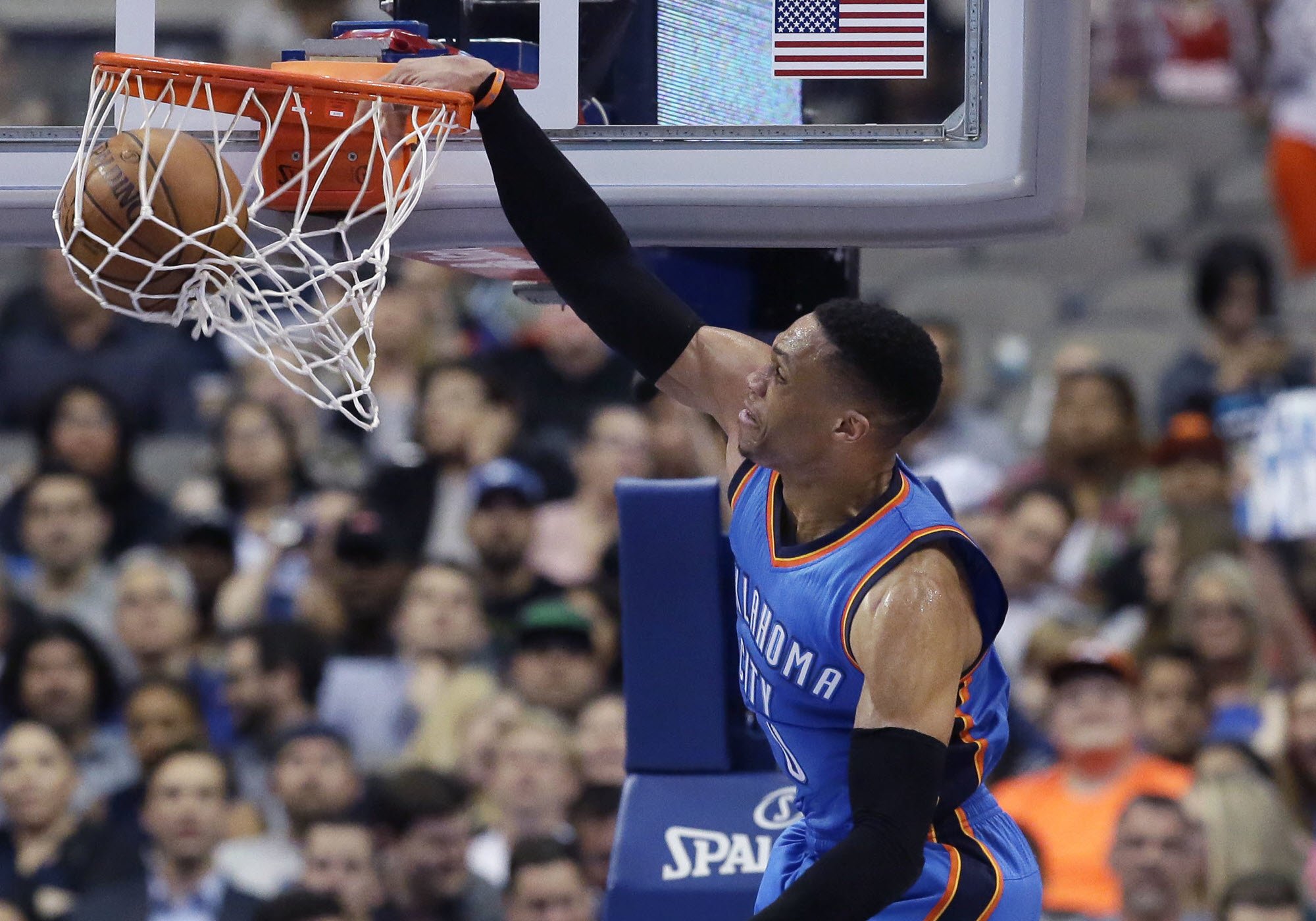 On Monday night, Russell Westbrook reminded us that this season, maybe more so than any other season, it is still too early to make a decision in the NBA’s MVP race.

While the Thunder are on the cusp of clinching a playoff spot, they are still in the middle of a tight playoff race with the Los Angeles Clippers for the all-important fifth seed in the Western conference, with both teams tied at 31 losses. The fifth seed will likely get the Utah Jazz in the first round of the playoffs. The other team will almost certainly face the Houston Rockets and their MVP candidate, James Harden.

So every game down the stretch is huge for the Thunder, and Westbrook saved them on Monday night with an MVP-worthy performance that began with a very Russell Westbrook moment.

After Yogi Ferrell hit a three-pointer to give the Mavs a 13-point lead, the Thunder called a timeout. Something clicked with Westbrook in that timeout.

Following the break, Westbrook casually brought the ball up the court. But just when he crossed mid-court, he turned on his famous afterburners and drove by all five defenders as if they weren’t even there and threw down an easy and thunderous dunk.

From there it was game on.

There was a three-pointer.

There was a three-point play the old fashioned way, with Westbrook backing down Ferrell, shooting over him, and drawing a foul.

And then there was the dagger.

With 13 seconds to go, the lead was down to one and the dunk that started the run must have still been fresh in the minds of the Mavericks defense.

As Westbrook brought the ball up the court, he faked like he was going to drive the lane and Wesley Matthews immediately collapsed back to protect the rim. That was all the space Westbrook needed as he stopped, pulled up, and drained the go-ahead shot.

Boom. After the ensuing stop, it was game over and Westbrook was pumped up.

This doesn’t mean Westbrook is absolutely the NBA’s MVP. But it does remind us that the race is not over and Westbrook is more than just a triple-double machine.

Oh by the way. Westbrook finished the game with 37 points, 13 rebounds, and 10 assists, his 37th triple-double of the season. That’s pretty good also.