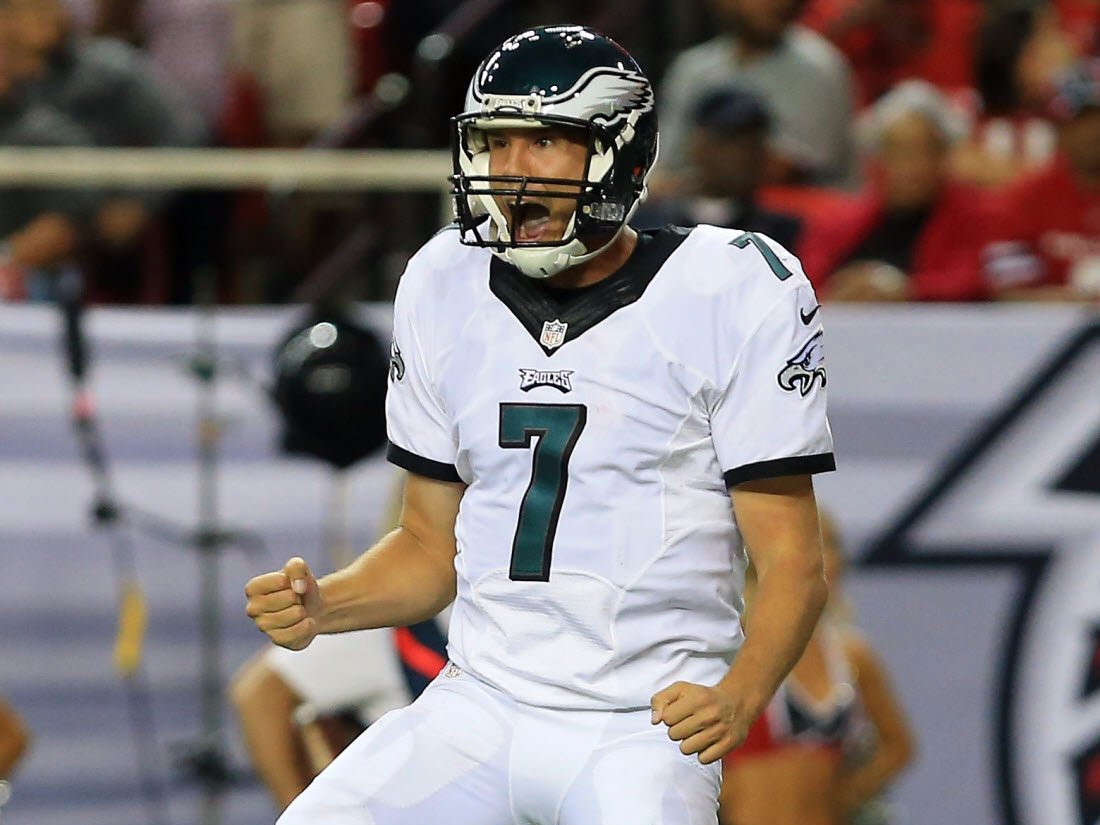 Sam Bradford will remain the quarterback for the Philadelphia Eagles after agreeing to a two-year, $36 million contract that could be worth as much as $40 million with incentives.

With $22 million of the contract guaranteed and a potential $9.5 million dead cap hit in 2017 (if released), Bradford will almost certainly be with the Eagles for at least two more years.

The deal also means Bradford will make at least $100 million in his first eight NFL seasons and as much as $118 million. Not bad for a quarterback who has a paltry 78-to-52 career touchdown-to-interception ratio and not a single start in the playoffs.

So, how does a mediocre (at best) quarterback continue to rake in the money? It takes one brilliant decision and a whole lot of luck.

After injuring his shoulder in the third game of his junior season at Oklahoma, Bradford chose to have season-ending surgery. He then declared himself eligible for the 2010 draft before he even had surgery, and he was taken by the Rams with the first pick.

Even though Bradford was taking a risk (teams might be scared away by his injured shoulder), the move proved to be brilliant and fortuitous for two reasons:

The 2010 NFL draft was absurdly weak in quarterback talent.

Heading into the 2010 season, Bradford was really the only choice for a team looking for a franchise quarterback, even if he wasn’t a great option. Check out the names of the next nine quarterbacks taken in the draft: Tim Tebow, Jimmy Clausen, Colt McCoy, Mike Kafka, John Skelton, Jonathan Crompton, Rusty Smith, Dan LeFevour, and Tony Pike. Of those, only Clausen and McCoy are still in the NFL, and they started two games combined in 2015.

If Bradford had returned for his senior year, he would have been in the 2011 draft, which included Cam Newton, Jake Locker, Christian Ponder, Andy Dalton, and Colin Kaepernick. The 2010 NFL draft was the last draft before the 2011 CBA put limits on rookie salaries.

Bradford signed an enormous six-year, $78 million contract, with $50 million guaranteed, before he ever played a down in the NFL. A year later, under the new collective bargaining agreement, Newton was the top pick and signed a four-year, $22 million contract (all guaranteed).

Of course, it would have been even less than that for Bradford, who almost certainly would not have been the top pick in 2011. Blaine Gabbert, who was the 10th pick in 2011, signed a four-year, $12 million contract. Bradford made more than $53 million in his first four seasons.

Now, Bradford is once again in the right place at the right time.

After six years, Bradford has finally finished his rookie contract, having taken in every penny of the $78 million contract, and he couldn’t have become a free agent at a better time.

At best, Bradford is a mediocre quarterback. At worst, he is a bottom-five starter in the league, according to some measures. But that’s OK in the NFL, because there is such a dearth of quality quarterbacks. Because of that alone, there is a market for a quarterback like Bradford who at least brings some experience and potential.

But more important, Bradford is a free-agent QB with potential who is playing for a team without any other options at a time when the salary cap is once again starting to skyrocket. After years of growth, the NFL reined in the salary cap with the 2011 collective bargaining agreement. Five years later, the cap is on the rise. As a result, the 32 NFL teams have more than $900 million combined in cap space to spend this summer including more than $30 million for the Eagles (before the Bradford contract).

If Bradford does play the next two seasons with the Eagles, he will have already made at least $114 million in his career. He will also be just 30 years old and a free agent again. In other words, Bradford is not done.