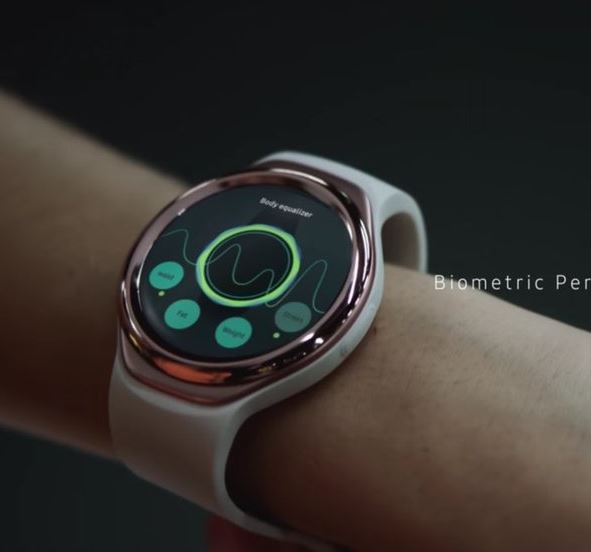 Samsung apparently has a new wearable to unveil soon, probably during Mobile World Congress in Barcelona next month, and photos of the device recently appeared on Twitter. The pictures are a bit confusing, however.

See, if you dig through most of them, the new wearable looks like a smartwatch, very similar to the Samsung Gear S2. Then there’s one photo that appears to show the back side of a single device that attaches to your shirt, perhaps for heartbeat data gathering or simply for step tracking. This second unit doesn’t have a display and instead reminds us of the more simple Misfit fitness trackers. Is it simply a complementary device to the wristband, or something else entirely?

SamMobile suggests it might be a new unit that takes advantage of Samsung’s “Bio Processor” and that carries the model number SM-R150. This wearable “will come with a heart-rate sensor” which explains the additional unit pictured in the gallery above. Additional details are still unknown, but SamMobile said it should ultimately cost less than the Gear S2.

We should know the full story next month.