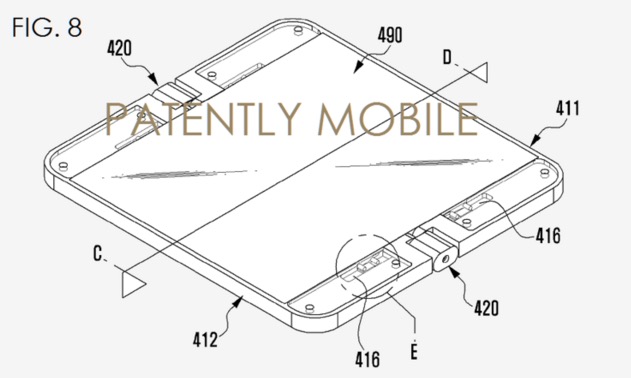 Samsung has been hinting at plans for a foldable phone for a while. Now a new patent reveals the rumored device could be even crazier than we thought.

Spotted by Patently Mobile, Samsung’s filing describes a foldable device with a built-in projector or hologram module. The gadget could potentially display 3D stereoscopic images in the air or project them onto a screen. The company doesn’t go into much detail on how these would work, but it’s definitely an intriguing idea.

As for the design, Samsung offers two different options, though both feature a large flexible display that folds using a pair of hinges. One sketch shows a bulkier device that looks a bit like Nintendo’s 3DS when it’s folded up. A second slimmer version looks more like a paper notebook.

Samsung filed the patent earlier this year in June, and it wasn’t published until December. Of course, there’s no guarantee this device will ever see the light of day though the company is expected to release some sort of foldable smartphone in 2016.