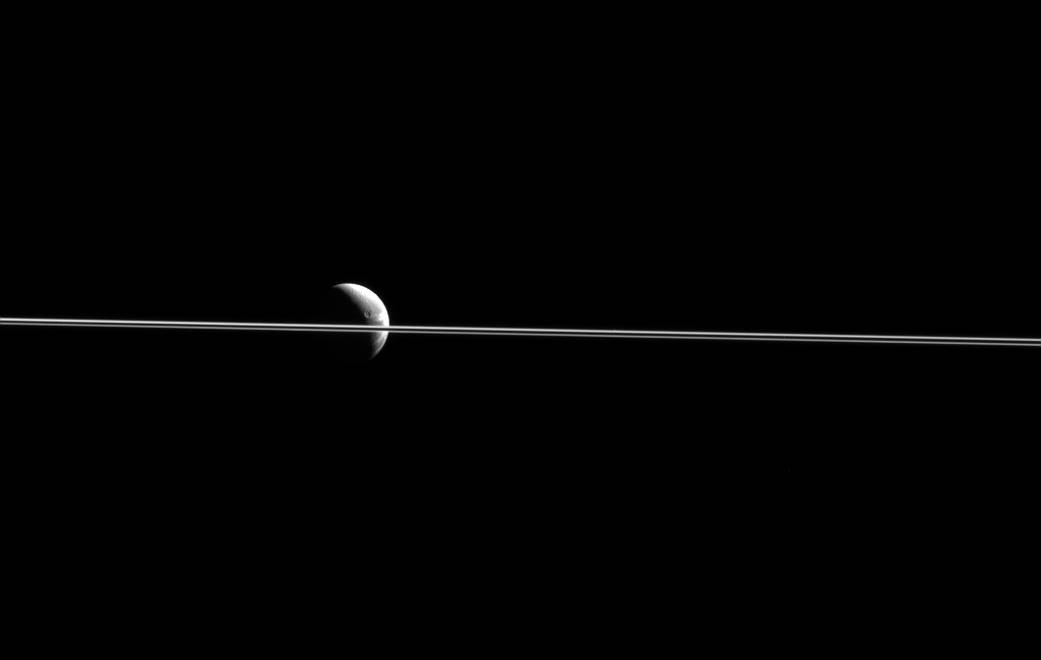 NASA has shared a stunning new image of Dione, a moon of Saturn, which appears cut in two by the planet’s razor-thin rings. According to the agency, the image was captured by the Cassini spacecraft just 0.02 degrees above the ring plane.

The image was taken in visible light with the Cassini spacecraft narrow-angle camera on Dec. 25, 2015. The view was acquired at a distance of approximately 1.4 million miles (2.3 million kilometers) from Dione and at a Sun-Dione-spacecraft, or phase, angle of 115 degrees. Image scale is 8.6 miles (13.8 kilometers) per pixel.

Scientists are still making surprising discoveries about Saturn’s rings, with researchers a few weeks ago saying the planet’s most opaque rings don’t necessarily contain the most material.