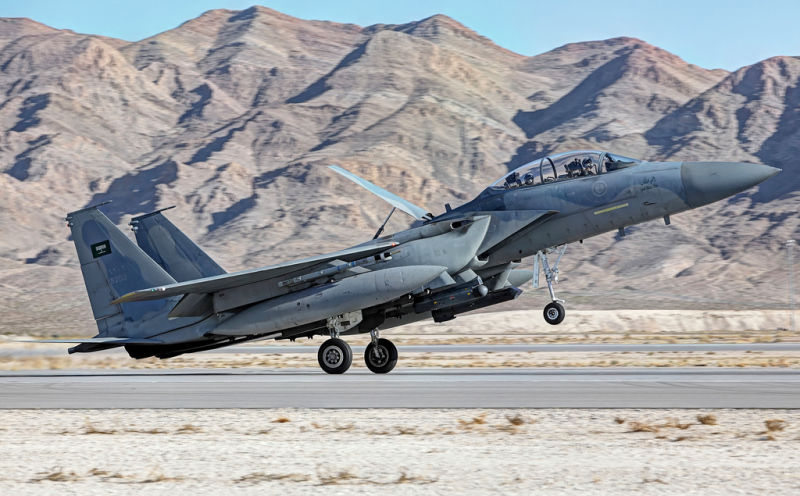 Changes are already underway following Secretary of Defense Ashton Carter’s attempt to reboot the anti-ISIS coalition while in Brussels. Saudi fighter jets will be heading to Turkey, and a Turkish-Saudi ground offensive in Syria looks like it could be a real possibility—an idea that Russia despises.

Turkish foreign minister Mevlut Cavusolgu said that the Saudis will be sending fighter jets and troops to Incirlik Air Base, the same Turkish air base that has been a long-time hub of U.S. air power. According to Yeni Şafak, the minister said:

“If we have such a strategy, then Turkey and Saudi Arabia may launch an operation from the land. Some parties keep saying that Turkey is unwilling in the fight against Daesh, despite Turkey’s pushes for more tangible suggestions… Saudi Arabia visited the base for exploration. Saudi Arabia declared its determination against Daesh by saying that they were ready to send both jets and troops.”

Just the mention of a potential ground offensive has enraged Russia, who just this week warned of world war should a Arab ground operation take place. There exists great mistrust between Turkey and Russia after the shooting down of one of Russia’s attack jets on the Syrian-Turkish border last November.

Turkey claims that one of Russia’s most advanced fighter-bombers, an Su-34 Fullback, entered into… Read more Read more

Now Saudi Arabia has made it clear that getting rid of Bashar al Assad—the same dictator that Russia is actively propping up—has to happen, even if by military force. This statement holds far more weight now that the Saudis are preparing to openly engage in the conflict.

Beyond the rhetoric, the lines are seemingly beginning to be drawn between Russia and Assad’s Iranian-backed forces and a broader U.S. and Arab-led coalition in Syria just days before a planned ceasefire is supposed to be implemented.

The Jerusalem Post states that anti-tank missile shipments from foreign governments to anti-Assad rebels have spiked following the ceasefire plan’s announcement. Meanwhile, the idea that Turkish, Kurdish, Saudi and potentially other Arab armies, backed by a sea of air power, may push into Syria, while Russian, Assad and Iranian interests are finally making ground, could result in fractured competition for control of Syria’s future.

A possible outcome where coalition forces control the east and Assad-Russian-Iranian forces control the west could be possible. Or even a race between each side to see who can sack ISIS’s defacto capital of Raqqa first could come to pass. Although this is clearly bad news for ISIS, it could result in an international powder keg that is just one spark away from erupting.

Russia has moved its most capable operational fighter aircraft, the Su-35S derivative of the… Read more Read more

These potential outcomes of a coalition ground offensive, and Russia’s own blatant self interest, is what led Russian Prime Minister Dmitry Medvedev to warn of world war this week. What’s even more telling is that just today, he finally said what many have thought for some time now: what he calls “a new period of Cold War.”

With these tensions only rising, it is doubtful a true ceasefire will hold. Both sides have reserved the right to still strike “terrorist” targets during the ceasefire. This means ISIS and al Nusra Front targets for the U.S. led coalition, but since Russia calls anyone who opposes the Assad regime a terrorist, it is uncertain if they will restrain themselves while humanitarian aid is distributed.

All this is happening as Russia is on the defensive for its dumb bombing tactics being used against so-called terrorist targets in Syria, a story Foxtrot Alpha was among the first to report months ago. The reality is that the vast majority of Russian air strikes in Syria have not been aimed at ISIS targets, instead going after anti-Assad forces in the country’s west, and their “dumb” bombs have likely killed many hundreds, if not thousands of civilians, a claim Russia outright denies, which is ridiculous.

Now with what seems like a major geopolitical storm brewing, made up of equal parts hope and despair, the coming weeks should tell us a lot about where the Syian conflict is headed—for better of for worse.