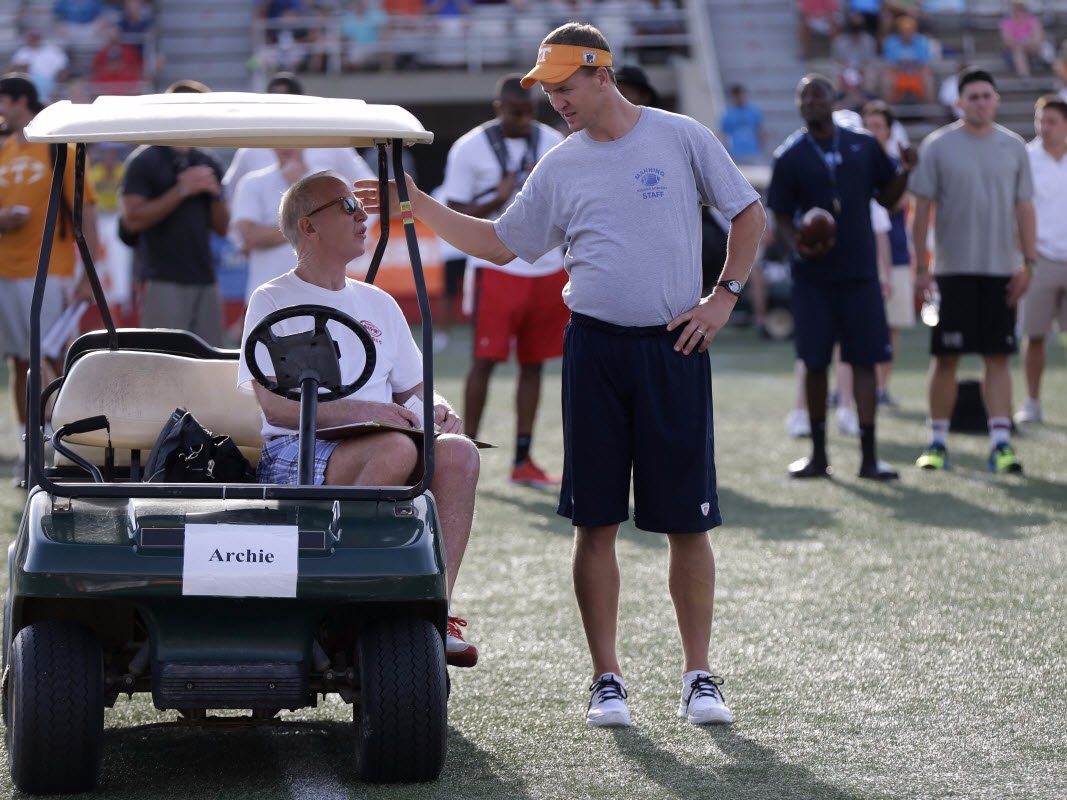 Court documents from a 2001 lawsuit have been obtained by Shaun King of the New York Daily News and paint an ugly picture of an alleged sexual assault committed by Peyton Manning during his time at the University of Tennessee, accusations of a cover-up, and allegations that both Manning and his father, former NFL quarterback Archie Manning, participated in a smear campaign against the alleged victim.

The incident occurred during the spring of 1996. Manning, then a sophomore, was being examined by a female athletic trainer. That trainer, Dr. Jamie Naughright, is described by King as having gone on to become “a respected scholar, speaker, professor, and trainer of some of the best athletes in the world.”

Business Insider read the documents, in which Naughright described an incident in which she was examining Manning for a possible stress fracture in his foot, when he “intentionally and in order to disrespect Dr. Naughright, placed his ‘…naked butt and rectum…’ on her face.”

Here is how Dr. Naughtright described the incident:

Q. And what, if’ anything, did Mr. Manning — withdrawn. Did you say anything or scream or as you felt this on the top of your head?

Q. Did you yell or scream or anything like that?

A. When he turned around and looked at me with the anger in his eyes that I saw, I did not want to get confrontational with him. I could see that anger and when I looked at [another student-athlete, Malcolm] Saxon he was just shocked. He had his mouth wide open and he was in shock. In disbelief.

Q. What did Mr. Manning say, if anything, to you after you told him he was an ass?

A. He had anger and he smirked and he laughed.

Naughright reported the incident to the Sexual Assault Crisis Center in Knoxville “within hours” of the incident.

According to the document, there was a previous incident between the two in 1994, during Manning’s freshman year, “which will not only explain the genesis for Peyton Manning’s dislike for Dr. Naughright but will be relevant to understanding the 1996 incident.”

This previous incident was filed under seal and not included in the documents obtained by the Daily News.

The document also reveals details of the allegations of the coverup by the school.

In 1997, Naughright did leave the school as part of a settlement agreement.

Naughright also detailed allegations of intimidation, including two incidents in which she claims that Manning saw her in the locker room and then proceeded to pull his pants down and sit on another athlete’s face in what was described by the documents as “reenactments” if the alleged assault.

Later, Naughright received an envelope addressed to “Dr. Vulgar Mouth Whited” (Whited is Naughright’s married named). The envelope contained xerox copies of pages from “Manning,” a book written by Peyton Manning, Archie Manning, and a ghost writer. Naughright alleged in her lawsuit that depictions of the incident between her and Manning in the book led to her being demoted and eventually let go from her job at the time at Florida Southern College.

According to the document, during a conversation between Archie Manning and the ghostwriter, the elder Manning referred to Naughright as “kinda trashy,” “had a vulgar mouth,” and spent a lot of time “out with a lot of black guys and up in the dorm.” The document states that Archie Manning later admitted during a deposition that his comments were derogatory.

This book also led to the 2001 lawsuit which Naughright alleged that the book broke a confidentiality agreement that she and Manning had signed while at the University of Tennessee.

The suit was settled in 2003. Terms of the suit were not disclosed.

We have reached out to Manning’s agent for comment.