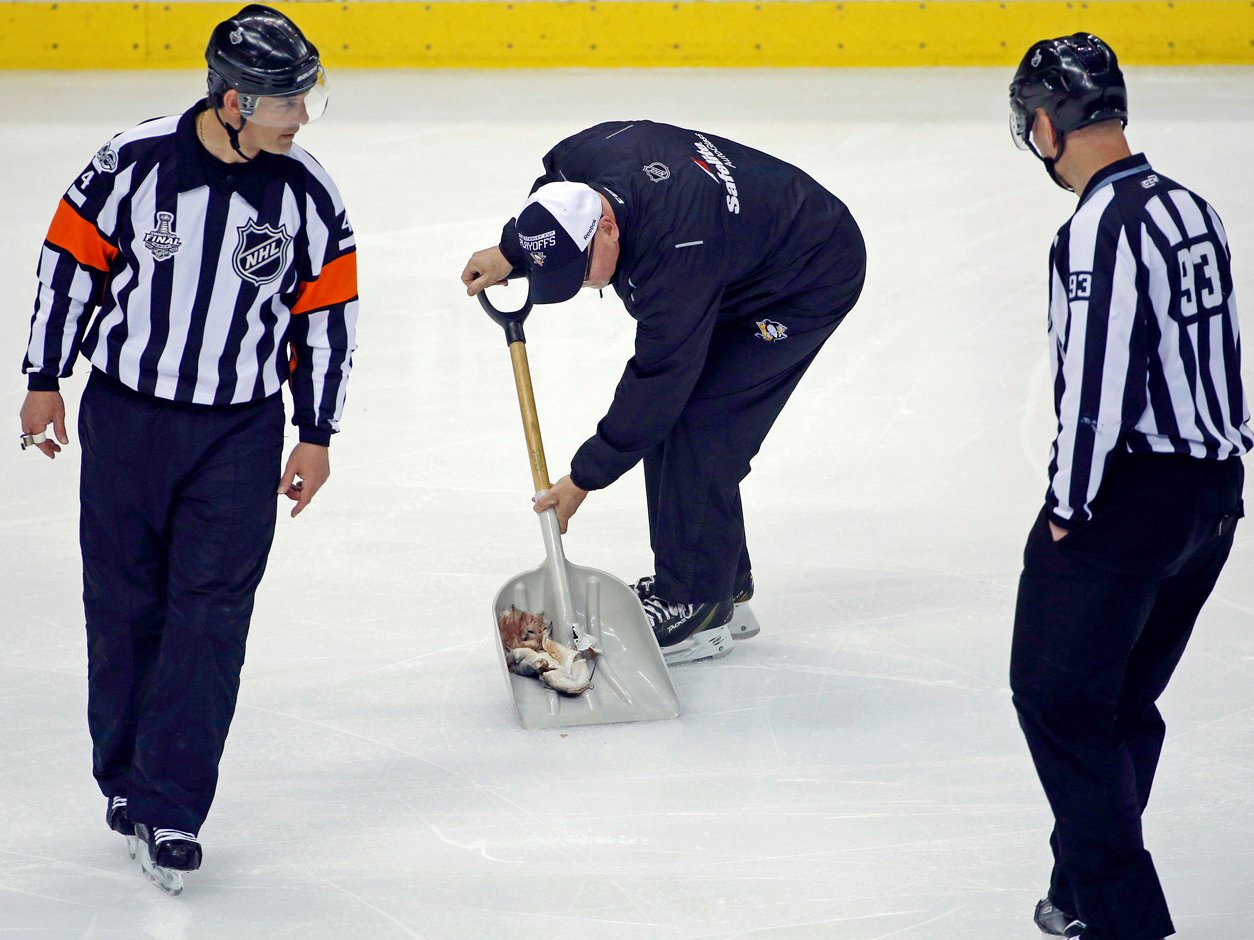 Perhaps the biggest story of Game 1 of the Stanley Cup Final was the Nashville Predators fan who threw a catfish on the ice, a move customary in Nashville, but less so in Pittsburgh.

The fan, Jake Waddell, was charged with disorderly conduct, possessing instruments of crime, and disrupting meetings and processions, according to ESPN.

Waddell, however, is not sweating it.

During an interview on Nashville’s “Midday 180,” Waddell, a self-professed “dumb redneck with a bad idea,” called the charges “B.S.” He also explained how he hatched his plan, and it involved some coincidental timing, $700, several pairs of underwear, and some savvy planning.

According to Waddell, he and his wife were visiting his in-laws in Boardman, Ohio, about 50 minutes from Pittsburgh. Waddell thought it would be great to go to the game.

“Then, like an ignorant redneck,” Waddell said, “I thought, ‘Wouldn’t it be awesome to throw a catfish on the ice at this game?!'”

Waddell went to a fish market in Nashville and bought an “entirely too big” catfish and brought it with him on the drive. To hide the smell, he put it in a cooler and sprayed it with Old Spice and another cologne.

Waddell said after buying two tickets for $350 each, he went to his cousin’s house, and they filleted the fish. They then ran over the fish with a pickup truck to flatten it, but it wouldn’t fit in his boot. Instead, Waddell then hid the fish in his underwear, between a regular pair and pair of compression shorts. He noted, “Because I’m a bigger guy, it wasn’t as obvious … Skinny jeans would have showed it off, that’s for sure.”

To test his hiding place, Waddell said he spoke to his in-laws for 20 minutes with the fish in his pants and they didn’t notice it, so he knew he was good to go.

Upon getting to the game, Waddell met two Predators fans in a lower section who had e-tickets. They took screenshots of their tickets and sent them to Waddell so he could get into their section. Waddell said, incredibly, he didn’t need the screenshots because nobody was there checking the tickets. His moment had come.

“As soon as there’s a break in the play, they get that face-off, I just high-tail it right down to the ice, take the shirt off, take the towel off … and just throw it on the ice.”

Here’s Waddell being escorted by security out of the arena:

So this dude just got kicked out of Game 1 of the Stanley Cup Final for throwing a catfish on the ice. pic.twitter.com/DzLK6l1Mv5

Waddell said while leaving, Penguins fans were calling him “hillbilly and redneck,”stuff, he noted “I should be called.”

According to Waddell, a cop told him he would be charged with disorderly conduct and would get the ticket in the mail, and that he only received the other two charges later on. The radio station, however, is offering to pay for any of the fines.

For Waddell, the price may be worth it to become a Nashville sports legend.

Listen to the entire interview here >