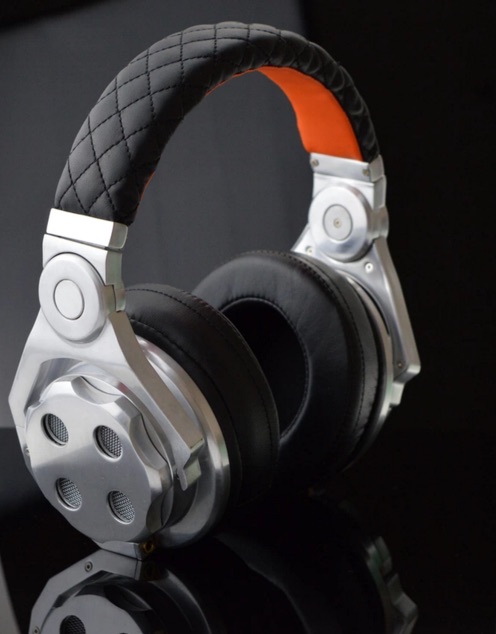 The company recently launched on Kickstarter after over two years of development, and the results look pretty stunning.

Beyond its polished industrial design, Sentio has a pretty cool trick up its sleeve. By rotating the metal wheels on the exterior of either earcup you can switch between an open-back or closed-back style. The headphones also come packed with extra technology to make the switch as seamless as possible.

“It’s the first in the world that can switch between open and closed-back headphones,” Rock Jaw Audio founder and CEO Joe Watts told TechnoBuffalo. “That’s why it took so long to make and it cost us so much money. It’s a very complex process.”

Watts, a former DJ from the London club scene, can get pretty technical when talking about Sentio. He’s very passionate about the technology, and I had to ask him to slow down and explain something more than once during our quick phone call.

Switching from an open to closed-back setup basically lets you choose between blocking out external sound and letting a little in. To compensate for the change in acoustics, each earcup packs two drivers. The second one kicks in when you’re in open-back mode and sound is leaking out.

“Open back is useful if you’re out and about so you can still hear your surroundings,” he explained. “There’s some sound leakage, but if you’re in public it will be OK. It’s a safety thing. If you’re on the Underground and you’ve got someone sitting next to you you can switch to closed back and the sound stays in the headphones.”

The headphones are also designed to sound great no matter what type of music you’re listening to. Whether you prefer Hip Hop or Classical you’ll be fine. “We’ve given it a very natural detailed sound,” Watts said.

You can pre-order Sentio for as little as $185 thanks to an early bird offer, and all Kickstarter backers get to personalize the headphones with an engraving (6 letters maximum) and several choices for the color of stitched highlights in the design. The company is also offering a specially designed microphone attachment for an extra £8 (about $12), along with clip-on Bluetooth receiver for £25 ($36).