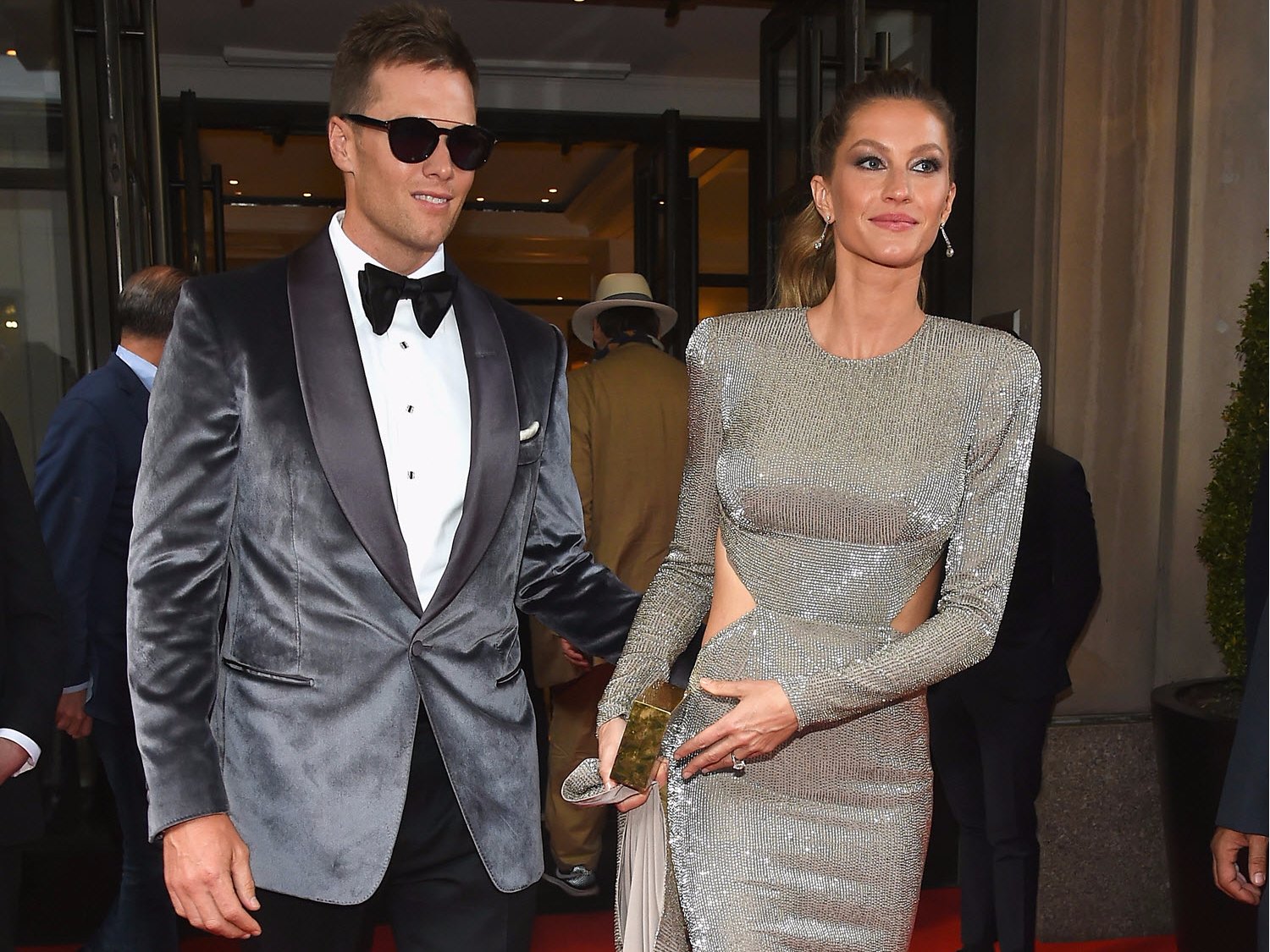 We are just four months removed from the New England Patriots winning their fifth Super Bowl and Tom Brady cementing his legacy as the GOAT.

Despite Brady having already accomplished everything in the sport and despite the fact that he will turn 40 in August, most have assumed that Brady is nowhere close to ending his remarkable career. After all, both he and the Patriots have said so on a number of occasions.

In 2012, Brady said he was going to play until he is not wanted anymore.

Later that same year, when he was 38 years old, Brady said he wanted to play ten more years.

After winning the Super Bowl in February, there was a report that the Patriots felt Brady would play 3-5 more years.

Then, earlier this month, Brady told ESPN he could play past 45, saying “I always said my mid-40s, and naturally that means around 45. If I get there and I still feel like I do today, I don’t see why I wouldn’t want to continue.”

But now there is a theory, based on growing evidence, that Brady’s talk of playing into his mid-40s is just a smokescreen, that he is already planning his retirement, and it may be a lot closer than most realize.

Ben Volin of The Boston Globe put together the theory based on what he has observed recently and it has three key components.

1. The Patriots have not traded Jimmy Garoppolo.

Volin notes that the Patriots have invested a lot of time in Brady’s backup and that it seems more and more like they don’t want to lose him to another team, whether that is now through a trade or next offseason when he is a free agent.

If the Patriots do want to keep Garoppolo, he would almost certainly have to be willing to do so since the Patriots are probably not going to use the franchise tag on him, a move that would come with a salary north of $25 million. But as Volin notes, Garoppolo isn’t going to stay with the Patriots unless he had some assurances that playing time was coming his way sooner, rather than later.

And then there is this from Volin: “He and Brady share the same agent, so Garoppolo will have all the intel he needs to make his decision.”

2. Brady has been doing a lot more endorsements this off-season.

Brady has always had a lot of endorsements, but it does feel like there have been more this off-season, and more high-profile gigs also. Those include the cover for the latest installment of the Madden video game franchise, and a mega-deal with Aston Martin that will also have him designing his own car.

“It’s also hard not to notice that Brady has ramped up his off-field branding this year, even by his standards. Within the last two weeks, he has revealed new mega-sponsorships with Aston Martin and EA Sports as the Madden NFL 18 cover star. On Thursday, Under Armour announced that Brady will make a six-day trip in late June to Beijing, Shanghai, and Japan to spread the word of football, training, and athlete recovery. And it seems like we can’t go a week without Brady introducing a new snack, boxed meal, or cookbook on his TB12 website.

“Clearly, Brady already has one eye on the future.”

3. Gisele Bundchen wants Brady to retire and for the first time he sounds respectful of her wishes.

After winning the Super Bowl in February, Bundchen told Brady she wanted him to retire and his response was “Too bad, babe, I’m having too much fun right now.” That was consistent with his earlier comments that he wanted to play into his mid-40s.

But as Volin notes, Brady’s tone changed a bit during his recent interview with ESPN.

“My wife says lots of things sometimes,” Brady continued through the faint trace of a chuckle. “She makes decisions for our family that I’ve got to deal with. Hopefully she never says, ‘Look, this has to be it.’ … My wife and my kids, it’s a big investment of their time and energy, too.”

But Gisele has signed off on his mid-40s, right?

“She wants me to do that, too,” Brady confirmed. “She also wants me to take good care of myself and still have my energy. My kids have grown up faster than I thought.”

Of course, this could all just be Brady looking to the future, 4-5 years down the road. But Volin also wonders if a “surprise retirement” could be made after the 2017 or 2018 seasons.

It still seems hard to believe, but if one is willing to imagine the possibility of Brady retiring in the near future, maybe after a 19-0 season with a sixth Super Bowl ring would be the perfect time.