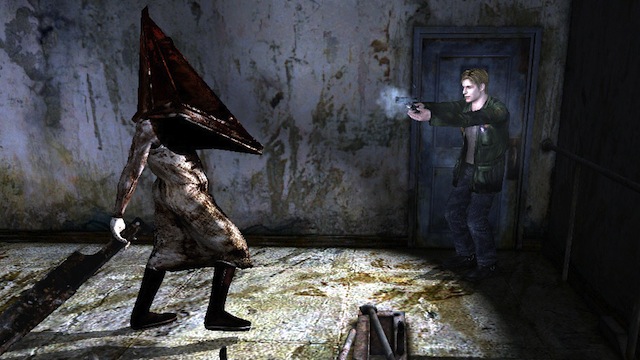 The team at Man at Arms Reforged has created tons of the coolest weapons from video games and anime. Crazy stuff like building Kill La Kill‘s scissor blade out of actual scissors, a Kingdom Hearts Keyblade, and Geralt’s Witcher blades are just a few of the weapons they’ve crafted. If we’ve learned one thing watching the show, though, it’s that fans love gigantic swords. This week, the team has decided to take on none other than Silent Hill’s iconic Pyramid Head and his brutal Great Knife.

The Silent Hill movie took place over a coal mine, so the team used a bit of railway track as the base to forge the blade from. It has a few different takes on the blade as well, and decided to go with the Rambo-style serrated blade. The overall take, right down to the cosplayer swinging the blade, is pulled more from the movie than the original game, Silent Hill 2, but it’s fun to watch all the same.

What it ends up with is a massive, sharp weapon that can slice clean through melons and heads alike. These giant swords are tough to swing, but they sure are effective.