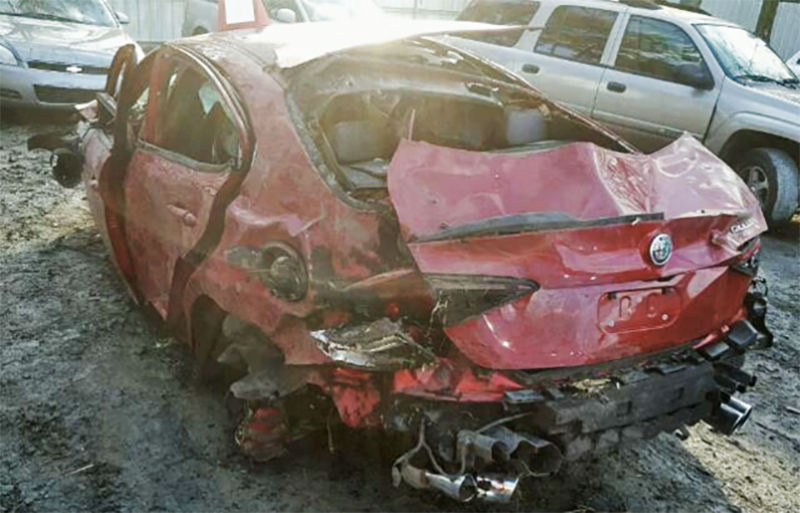 With high-performance cars comes high-stakes driving, and it looks like somebody’s talent boiled off into tragedy behind the wheel of what had to have been one of the first 2017 Alfa Romeo Giulias sold in America. Hopefully they’ll recover, but the car almost certainly will not.

This mangled Megatron turd showed up on a Copart auction this week and at the time of this writing, with three days left in the auction, is standing at $225 with no reserve.

Copart is a national outfit which specializes in wholesaling critically damaged cars after they’re written off by insurance companies. The listing for this Giulia simply states “Primary Damage: Rollover, Secondary Damage: Biohazard/chemical” and lets the pictures speak for themselves.

The engine block and a few pieces of interior trim might be salvageable, and I guess the snake badge on the truck lid, but otherwise, I can’t see a straight part left on this thing.

Scary to think about the scene that must have reduced this beautiful car to its current condition, and what may have happened to the people involved. Stay safe out there.

Let’s remember the Giulia as it lived.

The Alfa Romeo Giulia Will Not Get A Manual In America