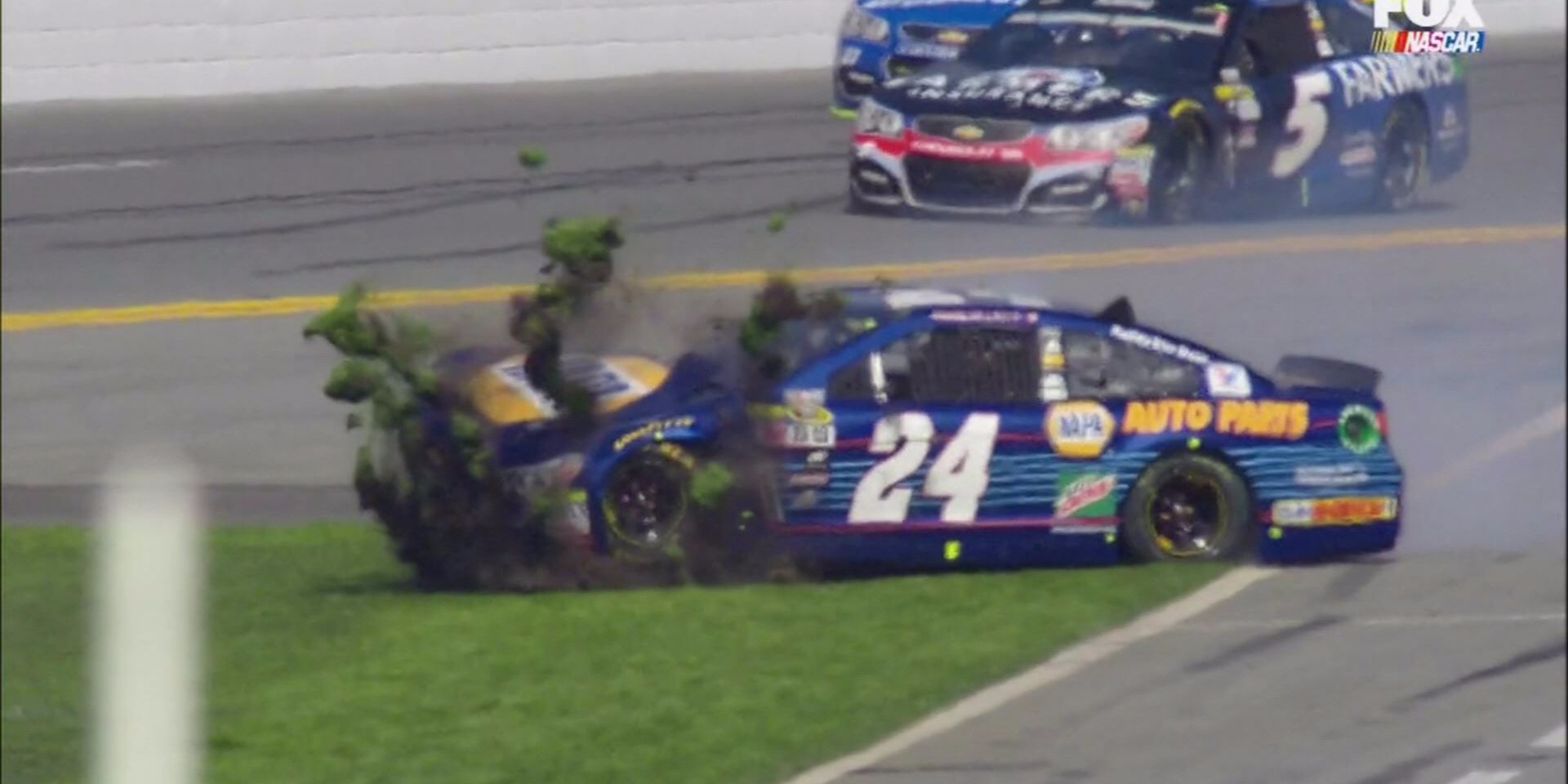 Chase Elliott’s dream week at the Daytona 500 came to an early end in an unlucky way when his car was knocked out of the race due to a collision with the track’s grass.

Elliott, the son of former NASCAR champion Bill Elliott, had given fans high hopes, replacing the retired Jeff Gordon in the No. 24 car, winning the Infinity race at Daytona on Saturday, and becoming the youngest ever to win the pole for NASCAR’s biggest race. However, that all came to an end in the 19th lap on Sunday.

Elliott got caught between two drivers coming out of Turn 4 when his back end got loose and started to slide. After being clipped by one driver and spinning, it looked like Elliott was going to escape major damage. But then the car hit the tri-oval grass, destroying the front end.

You can here the exasperation of the announcers when Elliott hits the grass.

In the replays, you can really see how the lack of clearance on the front of the car causes Elliott’s car to dig into the ground when it hits the grass.

He never had a chance.