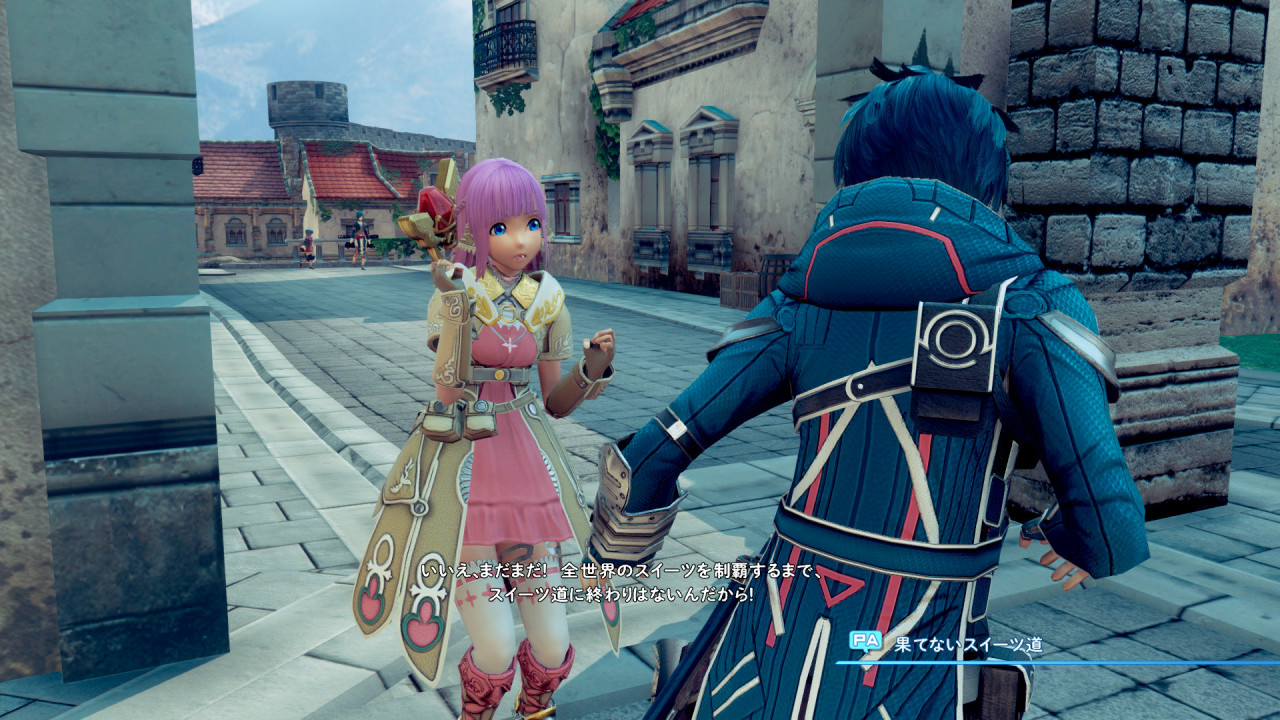 We’ve taken in an absurd amount of Japanese footage from the Japanese version of Star Ocean: Integrity and Faithlessness over the last few months. So much so that you almost forget the game is coming out in English at all.

Don’t worry, English-speaking world. Square Enix hasn’t forgotten about you. At Jump Festa 2016, Square Enix finally returned to the English dub for Star Ocean: Integrity and Faithlessness, doling out the English voice actors for the first time since possibly E3 2015.

I’ve been all about this game since the first time I laid eyes on it, and obviously I still am, but this trailer doesn’t do too much for me, mostly because it has all the offbeat shticks of a cringe-worthy Japanese film trailer. The melodramatic screams and shouting, the forced juxtaposition of dialogue and gameplay, and, most obvious of all, nailing the absolute second when it jumps into a bad J-pop song. All Japanese trailers hit this beat, and it’s about as cliche as an Inception “WHOOOMMMMM.”

And why does the pint-sized kid sound more like an adult than the actual full-grown woman? Oh anime…

Don’t get me wrong. I love pop-Japanese storytelling as much as the next JRPG geek, but what I can’t stand is how studios sometimes sell it. This reeks of a marketing team just slapping together whatever footage they could find and awkwardly jamming English into a trailer obviously tailored for a Japanese audience.

No slight against the game, just the trailer itself. Star Ocean: Integrity and Faithlessness will launch in 2016 for the PlayStation 4.