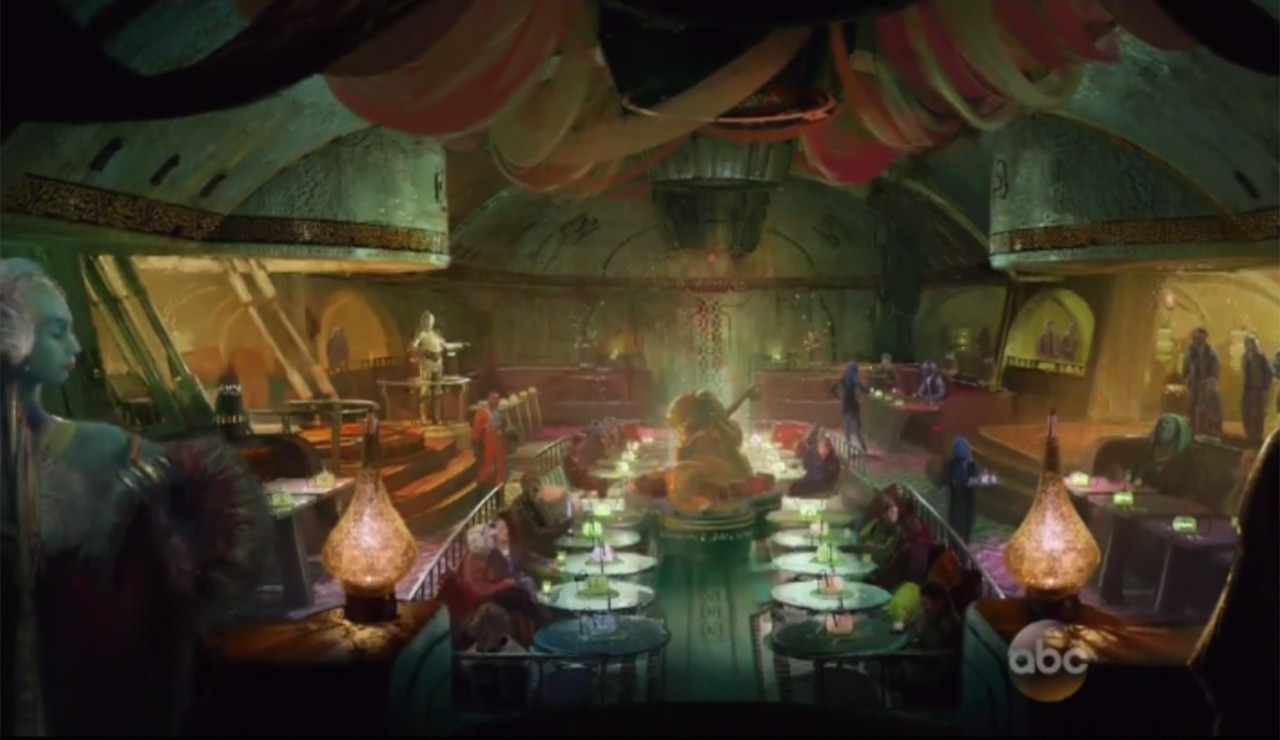 Star Wars fans don’t just have the new trilogy and spinoff films to look forward to. There’s also going to be an entire theme park experience based on the property, of which we got our first glimpse of back in August. Well, during ABC’s “Disneyland 60” special on Sunday, actor Harrison Ford gave fans a more extensive look at what to expect.

If the Star Wars Experience is anything like what the renders show, fans are in for a treat. Disney is first expanding its Disneyland park in Anaheim, California by 14-acres, with two signature attractions. One will put fans in the middle of a battle between the Resistance and the First Order. The other will put park attendees into the cockpit of the Millennium Falcon.

Back when the expansion was announced, Disney CEO Bob Iger had this to say:

We are creating a jaw-dropping new world that represents our largest single theme land expansion ever. These new lands at Disneyland and Walt Disney World will transport guests to a whole new Star Wars planet, including an epic Star Wars adventure that puts you in the middle of a climactic battle between the First Order and the Resistance.

The new images revealed tonight give fans a great look at some of the locals we can expect to meet when the expansion is opened. As you can tell, the marketplaces and cantinas are going to be very diverse and colorful. I already feel like I’m there.

Construction of Disney’s Star Wars Experience has already begun, but we still don’t know exactly when the expansion will open to the public. For now, get a load of the concept images above.