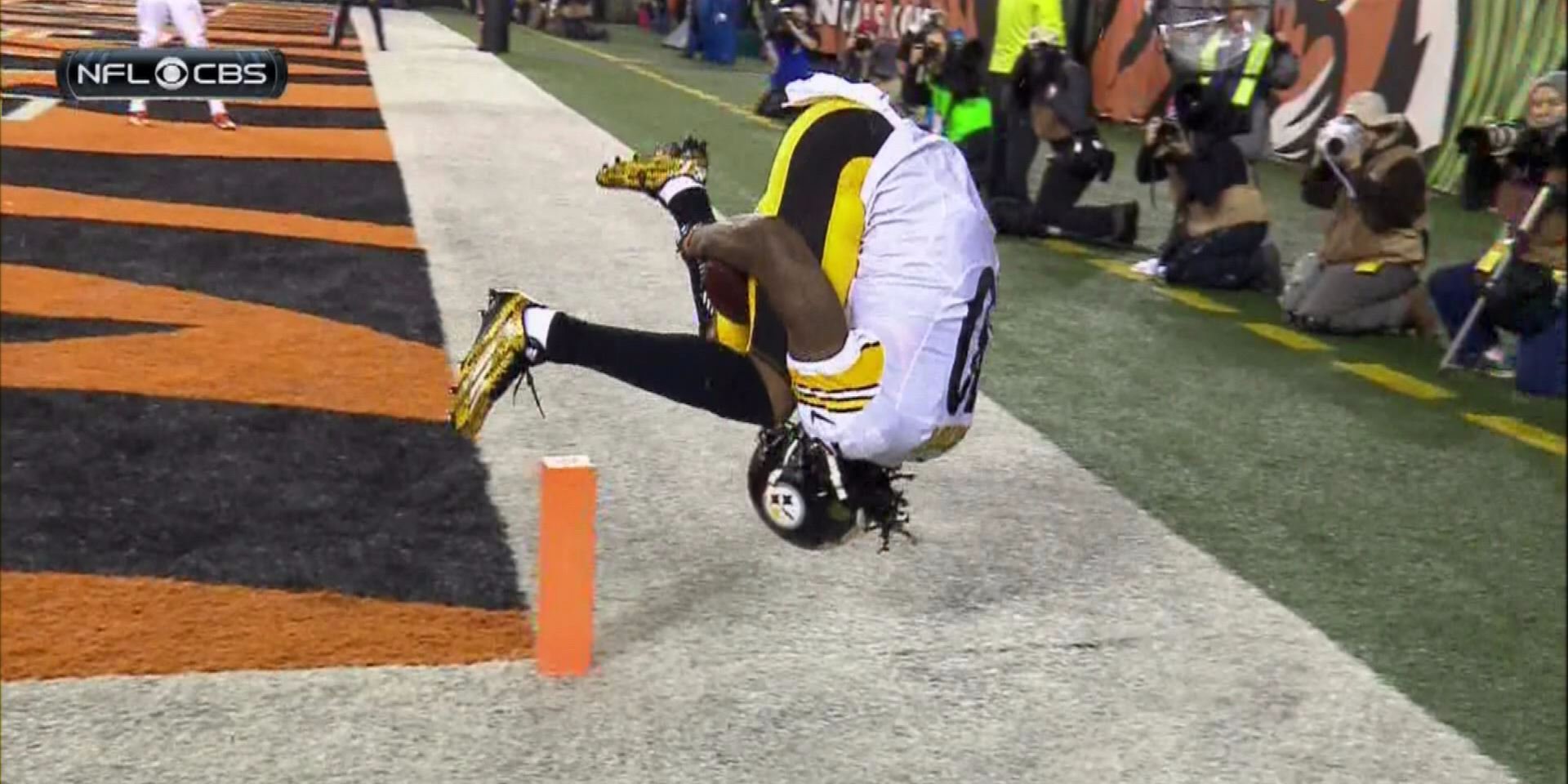 The rules in today’s NFL makes it somewhat complicated to prove that a receiver made a catch. That being said, Martavis Bryant of the Pittsburgh Steelers did so and he did it in impressive fashion.

Up 9-0 early in the second half against the Cincinnati Bengals, Ben Roethlisberger threw a pass to Bryant in the corner of the end zone that seemed simple enough upon first glance, until you watch the replay.

Bryant caught the ball, but knowing the new rules require a receiver to control the ball all the way to the ground, Bryant, pinned the ball to the back of his leg as he performed a front flip. Wow!

The play was reviewed and ruled a touchdown.