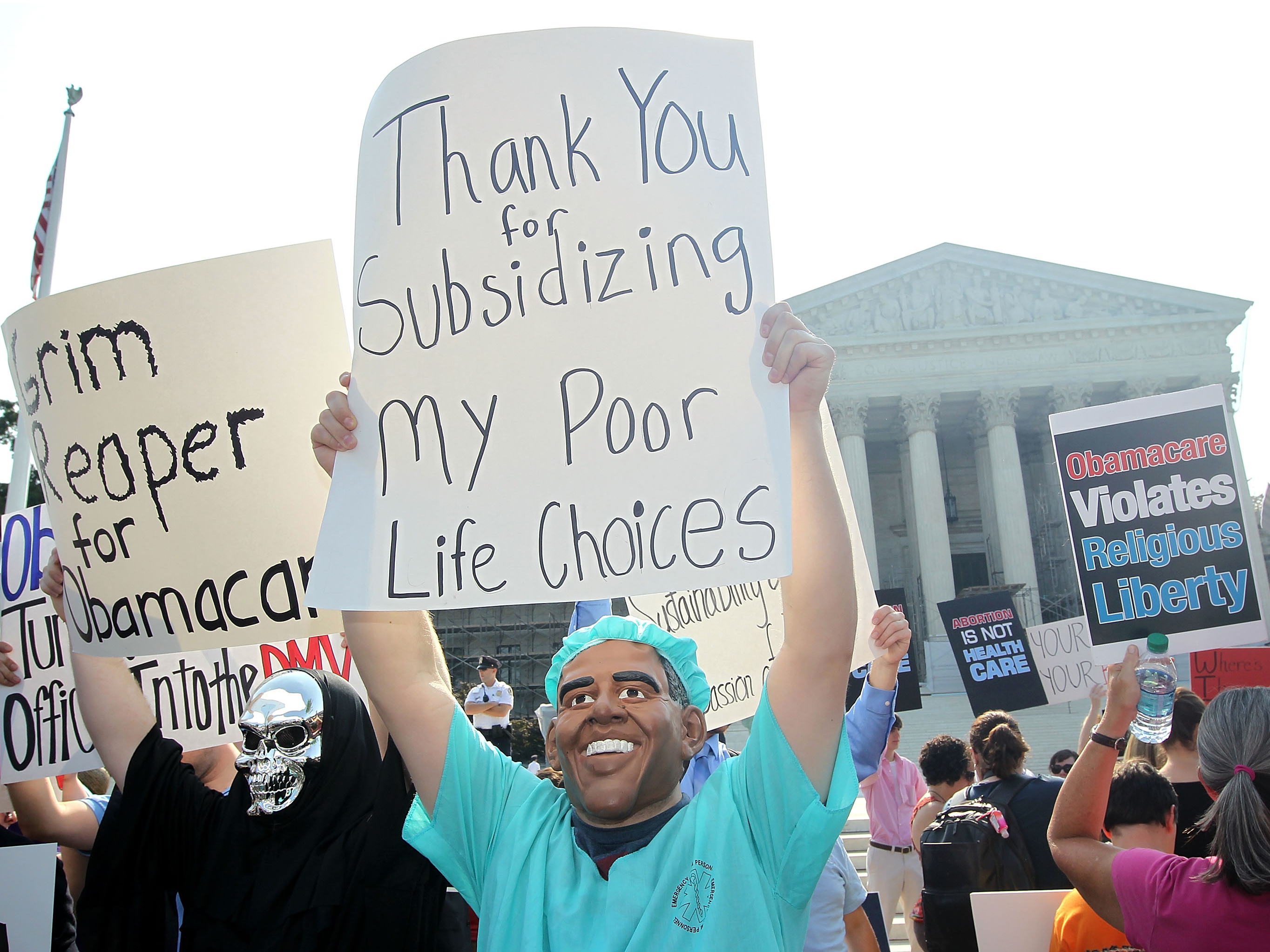 Alex Wong/Getty ImagesObamacare opponents with masks of President Barack Obama and the Grim Reaper in front of the US Supreme Court in 2012.

Around the time of the passing of the Affordable Care Act, known as Obamacare, many opponents of the law argued that it would change the way Americans worked for the worse.

A new study suggests, however, that this doom-and-gloom scenario has not come to pass.

Robert Kaestner, Anuj Gangopadhyaya, and Caitlyn Fleming from the University of Illinois and Bowen Garrett of the Health Policy Center examined the effects on the labor market of a Medicaid expansion that was introduced as part of the ACA.

That change, the researchers said, has not materialized.

The researchers analyzed data from 22 states that expanded or initiated Medicaid coverage at the beginning of 2014. Additionally, they zeroed in on people with a high-school diploma or less, as they are most likely to earn around the Medicaid cutoff line.

The researchers looked at changes for three indicators: employment, number of hours worked versus the previous year, and whether the person worked 30 hours or more a week.

“To summarize, we find that the 2014 Medicaid expansions did not have substantial effects on the labor supply of low-educated persons in the US,” the study said.

For instance, the researchers found that for childless adults the combined change in the three indicators that could be attributed to the Medicaid expansion was just -0.003% to 0.003%. Most of the other samples were similarly tiny.

“The bottom line is that we can rule out large negative effects of Medicaid on labor supply such as those in Garthwaite et al. and in the upper range of estimates from the Wisconsin study,” the researchers said. “Moreover, most of our point estimates are positive suggesting that, if anything, Medicaid increased labor supply.”

While there are certainly other concerns about the impact of the ACA on workers, the study suggests the idea that the law will“keep many beneficiaries in poverty“ is simply not panning out.

SEE ALSO:There’s an economic explanation for why so many more Southerners die of heart disease

NOW WATCH: President Obama plans to use an executive order to narrow a gun show loophole