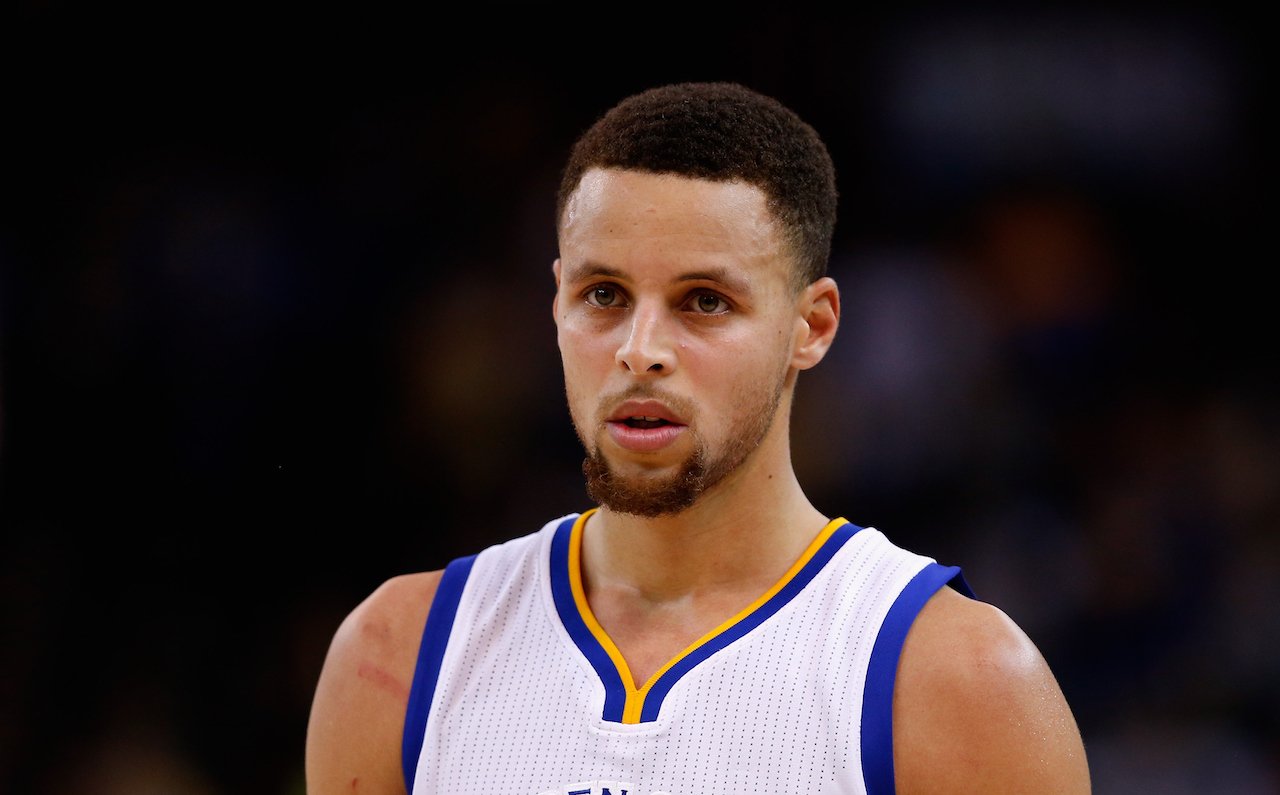 Steph Curry and the Golden State Warriors are far and away the best team in the basketball.

With a record of 44-4, the Warriors look poised not only to repeat as champions this year, but also to match (and possibly beat) the 1996 Bulls’ record of 72-10, the best in NBA history.

A team this dominant has no obvious glaring weaknesses on either side of the ball, but they’re particularly difficult to deal with on offense.

When the Warriors are on offense, opponents have no choice but to decide which areas of Golden State’s offense they must sacrifice to defensively so that they can better contain the Warriors elsewhere. This is not exactly ideal, but then neither is playing the Warriors.

In an interview with ESPN’s Zach Lowe, Curry talked about one such sacrifice he’s noticed: In transition, defenders have started to stay guarding him from beyond the 3-point line, even if it results in a wide-open layup or dunk for someone else on the Warriors.

Here’s Curry and Lowe talking about fast-breaks (emphasis ours):

[Lowe]: During the Spurs game last week, I noticed they made a clear rule to stick with you behind the 3-point arc in transition, even if they allowed in a dunk in doing that. Have you noticed teams doing that more?

[Curry]: Yes. The last four games, it has happened two or three times each game. People ignore all their defensive principles in transition. They end up just confused about which way to go. Draymond might be coming down in transition, and I’m running the wing, and a big man will run the lane, and you just see the moment of decision for whoever is in that position: Do they take away the dunk, or the 3?

And they are starting to cater to the 3.That is pretty entertaining at this point. I’m not even expecting to get the ball anymore. It almost confuses the guy that is passing. As a player who has an IQ for the game, you know the guy running the lane is gonna be covered, and you throw it to the wing. To see it the other way is counterintuitive.

As Curry says, this seems counterintuitive. The central tenant of defense in basketball, after all, is to stop the player with the ball from scoring. And, even though Curry is the best shooter alive, he’s still shooting 45% from 3-point range, compared to the much higher probability of a layup or a dunk. So why are teams doing this?

Defensively, the logic here is likely that a 3-pointer is so much more costly than a two, and that it only takes one 3-pointer for Curry to heat up and start hitting shots from just about anywhere on the court. Still, it’s jarring to think that teams — even teams as good as the San Antonio Spurs — are electing to knowingly break core basketball principles and concede free baskets in transition rather than allowing Curry an open look.

Here’s one play from the Warriors’ game against the Spurs that illustrates what Curry and Lowe are talking about. In real time, this looks like a routine fast-break dunk:

But when you slow it down, you notice that San Antonio guard Patty Mills makes the conscious choice to stay with Curry in the corner, rather than leaving Curry, stepping into the paint, and contesting Sean Livingston.

Here’s Livingston bringing the ball up. Note that Mills is guarding Curry but his head is turned toward Livingston. He knows there’s no good option here. If Mills leaves Curry to challenge Livingston, that frees up an open shot for the best shooter ever. So what does Mills do? He stays with Curry, causing a huge lane to the basket for Livingston. Here’s another transition play, this time against the Cavaliers with Curry as the ball-handler:

It’s a slightly different scenario, but again leads to an uncontested bucket for the Warriors. Kyrie Irving makes the decision to double-team Curry behind the 3-point arc and leaves Andre Iguodala open under the basket.

There’s no easy way to defend the Warriors in transition, other than getting as many bodies back on defense as quickly as possible. Sometimes, this simply isn’t possible.

And so teams are faced with a bleak choice. Either you allow an easy two points, or a 3-pointer from Curry — as close to a sure thing as you’ll get from beyond the arc in basketball.

NOW WATCH: Mike Bloomberg, Spike Lee, and the NBA are teaming up to call for an end to gun violence