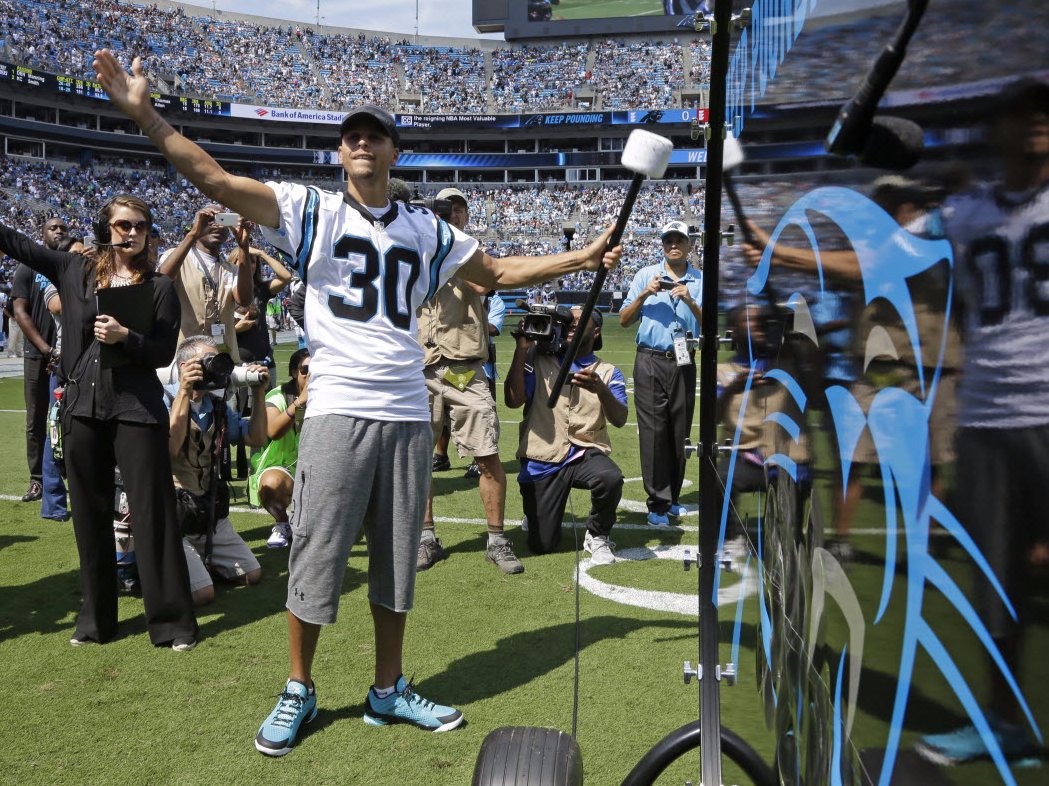 Here’s a look at the gorgeous, $1.8 billion stadium the Rams and Chargers would call home in Los Angeles

Calvin Johnson will have to pay the Detroit Lions $3.2 million if he does retire

The Carolina Panthers blew out the Arizona Cardinals in the NFC Championship game, and as Stephen Curry tells it, they can thank him for switching chairs.

Curry was a guest on ESPN Radio’s “Mike & Mike” and explained that, like many athletes, he is superstitious when it comes to his routine on the basketball court.

“It is like the combination of superstitions and routines,” Curry said. “For me, on the court, from the time I get to the arena to the time the game starts, you pretty much try to do the exact same thing when it comes to how you get dressed to what I eat before the game, different sayings I will yell out in the locker room or 2-line layups and even the shots I take in pre-game warm ups. Pretty much everything is the exact same game to game … I call it superstitions, but there is definitely a routine about it.”

However, Curry also admitted that his superstitions carry over to his favorite football team, the Panthers.

When asked what he plans to wear during the Super Bowl, Curry admitted that his clothing decisions for Panthers games are rooted in him being “very superstitious.” Curry was then asked if he felt his outfit will have an impact on the outcome of the Super Bowl.

“100%,” Curry said. “This past week I was sitting in a chair watching the NFC Championship game. That was my go-to chair. Everything was going great in the first half. I moved chairs for maybe five minutes and that’s when Cam [Newton] threw his interception. So I ran back to the chair I was sitting in, and obviously you know what happened after that.”

The interception Curry is referring to came when the Panthers were up 24-7 late in the first half and appeared to be cruising. Newton’s interception gave the Cardinals a bit of hope. However, on the first play after Curry “ran” back to his go-to chair, the Cardinals threw an interception of their own and blew what may have been their best shot to get back in the game.

Curry is no bandwagon Panthers fan either. Prior to the first home game of the season, Curry was on the field to bang the Panthers’ “keep pounding” drum (see above). Later in the season, presumably while sitting in his lucky chair, Curry posted this video to Instagram after Luke Keuchly returned an interception for a touchdown.

It has been a heckuva year for Curry, and some of that mojo may be rubbing off on the Panthers.