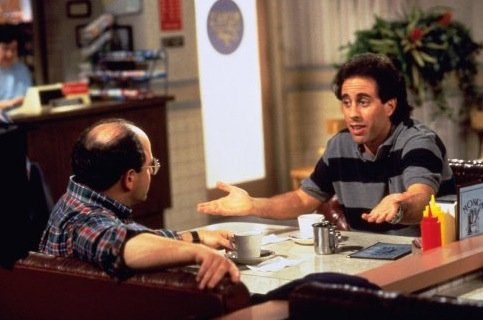 The stock market had a lot in common with acclaimed sitcom “Seinfeld” last week. Except instead of laughing, investors simply yawned.

While Seinfeld has frequently been called a “show about nothing,” the US stock market did basically nothing, rising 0.5% over five of the most uneventful days you’ll ever see.

The S&P 500 didn’t move more than 0.48% in either direction during any given session. And the seven-day period heading into Friday saw the index locked in a range so tight that it’s only been seen twice since 1928, according to Raymond James chief investment strategist Jeff Saut.

Even the events that one would expect to roil markets have been met with a shrug. The passage of the American Health Care Act was met with apathy from investors in hospital companies, even though the group was seen as most vulnerable to the legislation. The S&P 500 was similarly nonplussed, finishing almost completely flat on the day.

The apparent lack of concern has been reflected in the CBOE Volatility Index, or VIX, a measure of expected price swings in US equities that serves as a barometer for investor nervousness. The so-called fear gauge slipped last week to its lowest since February 2007.

The stagnancy is no call for alarm, says Dr. Ed Yardeni, president of Yardeni Research, and the first person to compare the stock market to Seinfeld. He prefers to look at the situation from a different perspective — one that embraces the lack of negativity.

“Nothing bad is happening, which is good news for stocks,” he wrote in a May 3 blog post.