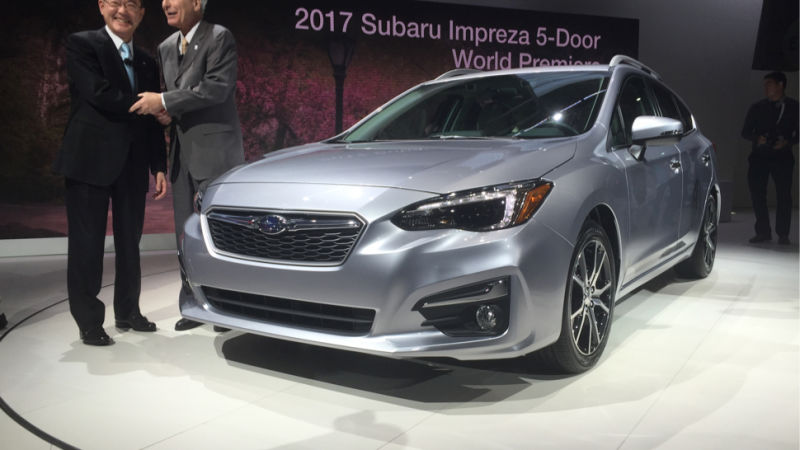 A Subaru executive – whose name I forget and you wouldn’t care about anyways – proclaimed in the Impreza press conference today that the care is “reassuringly safe.” And after just looking at the 2017 Subaru Impreza, that is the most truthful thing I’ve heard all day.

Look, we all know that there hasn’t been an interesting-looking Subaru Impreza since 2007. Good driving cars, sure. The WRX and STI versions are a blast, in fact. But they look boring as all hell. There was the fainest glimmer of hope for the new Imprezas, based on the concept that we saw. But these are different. These look like base-model Toyota Corollas with all-wheel-drive.

Subaru is aiming to sell over a million cars this year. They’ll probably do it, as long as they’ve got cars with mass-produced aesthetics such as this one.