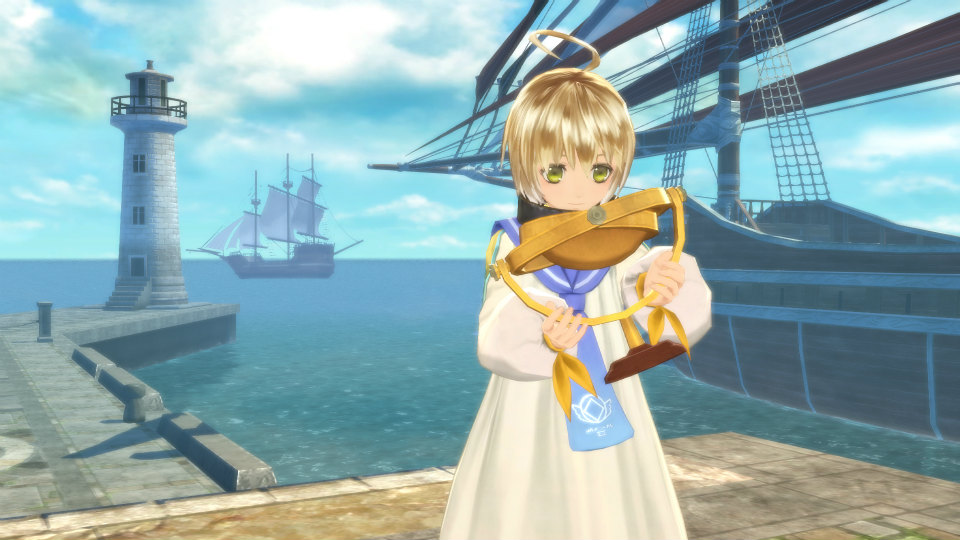 Tales of Berseria has a difficult task ahead of it in 2016. The JRPG has thrived in recent years thanks to its rapid releases and incremental improvements from game to game, but it has also done so without the presence of the traditional JRPG heavy-weights. While Xillia and Zestiria were working their way into fans’ hearts, Final Fantasy and Dragon Quest were taking an extended sabbatical.

This, of course, is no longer the case. With the return of countless high-profile franchises to the scene in 2016 and 2017, Tales is no long the marquis of the bunch. Persona 5, Final Fantasy XV, and maybe even Star Ocean: Integrity and Faithlessness could seize the spotlight from the series, and it remains to be seen if the recent boost in popularity it’s received can help it weather the invasion of its old rivals.

A new third trailer of Bandai Namco shows off how Tales of Berseria is going to look and play, and to say it uses many graphical cues from Tales of Zestiria would be an understatement. Tales Studio obviously reached out to the same animation studio to work on the cutscenes, and the bright and highly detailed anime characters still clash with the lifeless backdrops and settings.

However, I am still digging the two leading characters in the game. The brooding Velvet and her minuscule ray of sunshine Laphicet look far enough apart on the character spectrum to get some witty banter in there if Tales Studio is able to put on its joke hats and crank out some solid humor in this one. I’m still hoping not too many other characters get in the way.

Tales of Berseria has been confirmed for a North American release on the PlayStation 4 and PC with no release window just yet. The PlayStation 3 version will not be coming to the States.