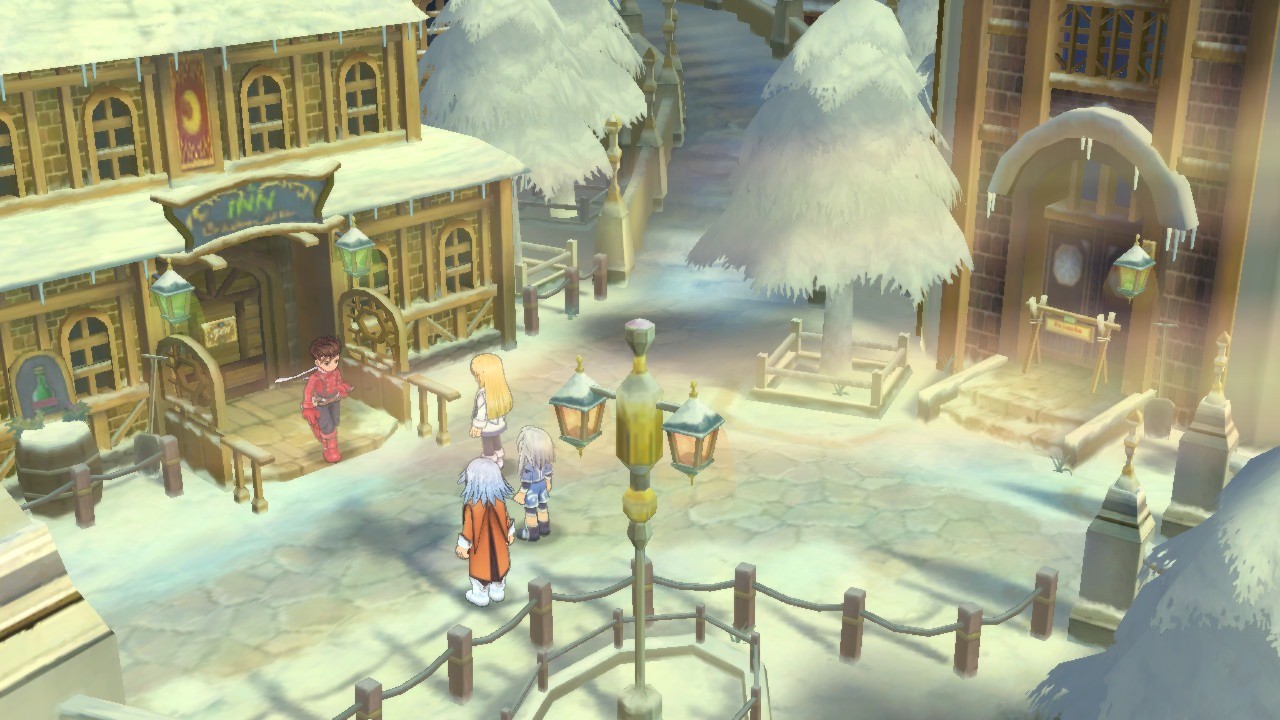 What’s the PC gaming world coming to when we can’t even get a port of a decade old video game running properly? Tales of Symphonia launched on Steam this week to much fanfare from the JRPG crowd, but those who purchased it are reporting a handful of crippling issues holding it back from being the definitive version.

For one, the game is loaded with spelling errors. I mean, I know I’m not one to point the finger when it comes to typos, but these weren’t present in the HD PlayStation 3 version. I guess a simple copy and paste was impossible for this release.

Others are pointing to excessive loading times when entering the menu, crashes, and a new style of DRM that creates annoying .exe files every time the game is turned on. Button displays are incorrect, foreign languages are displayed improperly, and the game is capped at a 720p screen resolution running at 30fps.

Fans also have issues with this version only having 6-save slots, a low number for those who like to go back and relive their favorite moments. NeoGAF has compiled a list of complaints, and since this is NeoGAF, there are bound to be a lot of complaints.

A Bandai Namco representative said that the company is aware of issues in an official statement.

Thank you all for your comments and concerns regarding the current status of Tales of Symphonia for Steam. BANDAI NAMCO Entertainment America Inc. is aware of the various issues affecting gameplay and our production team is working to make sure that these matters are addressed.

Fixes have already begun rolling out; expect to see continous improvements moving forward with the title. We’ll continue to post updates on this board when they are available. Thank you for your continued support for the Tales of franchise.

More evidence of why I’ll never throw away my consoles, not that they are a guarantee anymore, either. For now, stick to the PlayStation 3 version of Tales of Symphonia. It’s stellar!