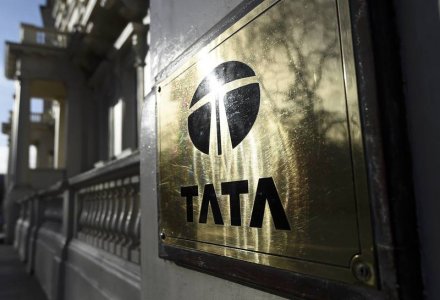 Thomson ReutersA Tata sign is seen outside their offices in London

FRANKFURT (Reuters) – Tata Steel’s plan to sell its British steelmaking business has raised expectations of a long-awaited consolidation in the European steel sector, which is suffering from years of unaddressed overcapacity.

Since the multi-billion-euro takeovers of Europe’s Arcelor and Corus by Indian giants Mittal and Tata in 2006 and 2007, dealmaking in Europe’s steel industry has been all but paralyzed as cash-starved producers battled the global economic crisis and a slowdown in China that encouraged it to export cheap steel.

Lacking the means to consolidate further, which would have brought capacity reductions, Europe’s steel mill owners continued to produce more than was needed, trying to protect their market share and jobs but feeding into a vicious circle of gluts and falling prices.

At stake is an EU industry with annual turnover of about 170 billion euros ($193 billion) that directly employs 330,000 people, with many times that number in manufacturing industries dependent on it for a living.

“The consolidation of the steel sector in Europe makes tons of sense but the problem is that the industry has waited for so long and the crisis is so big that you are dealing with businesses which are really cash flow-negative,” said a London-based metals and mining banker who asked not to be named because he is not authorized to speak publicly.

Now, Tata at least has reached a pain point that it says forced it to act, even if this could mean shutting down the British operations it has spent almost a decade trying to turn around if it fails to find a buyer.

Tata said it had extended “substantial financial support” to its UK business, which employs about 15,000 people, and written its assets down by more than 2 billion pounds ($2.9 billion).

“Selling over running it at a loss may clearly be a priority for Tata. If nobody comes they will shut it down,” said Berenberg analyst Alessandro Abate.

Initial interest from potential buyers appeared muted, with the business seen as unattractive because of Britain’s vulnerability to cheap Chinese imports, its high energy prices and the cost of transporting steel to customers in continental Europe, as well as a disadvantageous exchange rate for exports.

But severing its cash-bleeding British operations one way or another would allow Tata to seek a partner such as Germany’s Thyssenkrupp for its profitable Dutch business – a combination that would create Europe’s second-biggest steelmaker after ArcelorMittal .

Thyssenkrupp has signaled clearly in recent months it would like to combine its European steel operations with those of another player – as long as it does not involve spending cash.

“We have always had over the last years overcapacity in the European sector and this definitely needs to be addressed and therefore we think there are opportunities,” Chief Financial Officer Guido Kerkhoff told analysts on a call last month.

“Combinations could address that issue, and therefore be value-accretive overall.”

Such a merger would support prices for other European players such as ArcelorMittal, Salzgitter and Voestalpine – a development that could strengthen their hand to pursue their own acquisitions.

“Tata Steel’s exit from the UK might spark European consolidation in the steel space,” Berenberg bank wrote in a note. European steel stocks rose on Wednesday on the news of Tata’s move.

But Seth Rosenfeld, a steel analyst at Jefferies, was skeptical.

“Unfortunately, if other steelmakers gain in terms of higher prices thanks to consolidation, this may only provide them more headroom to maintain the status quo for years to come,” he said.

“This is an industry that has seen waves of consolidation in times of either extreme distress or empire building. This environment is neither.”

A successful sale could depend on sweeteners that Tata or the British government may be prepared to offer, said commodities trader Liberty House, which last week agreed to buy two of Tata’s Scottish plants.

A spokesman said the firm was potentially interested in the slab processing operations but not the more commoditised iron and steelmaking activities. “We are waiting to see what sale proposal is on the table before deciding whether to bid for any of the assets,” he said.