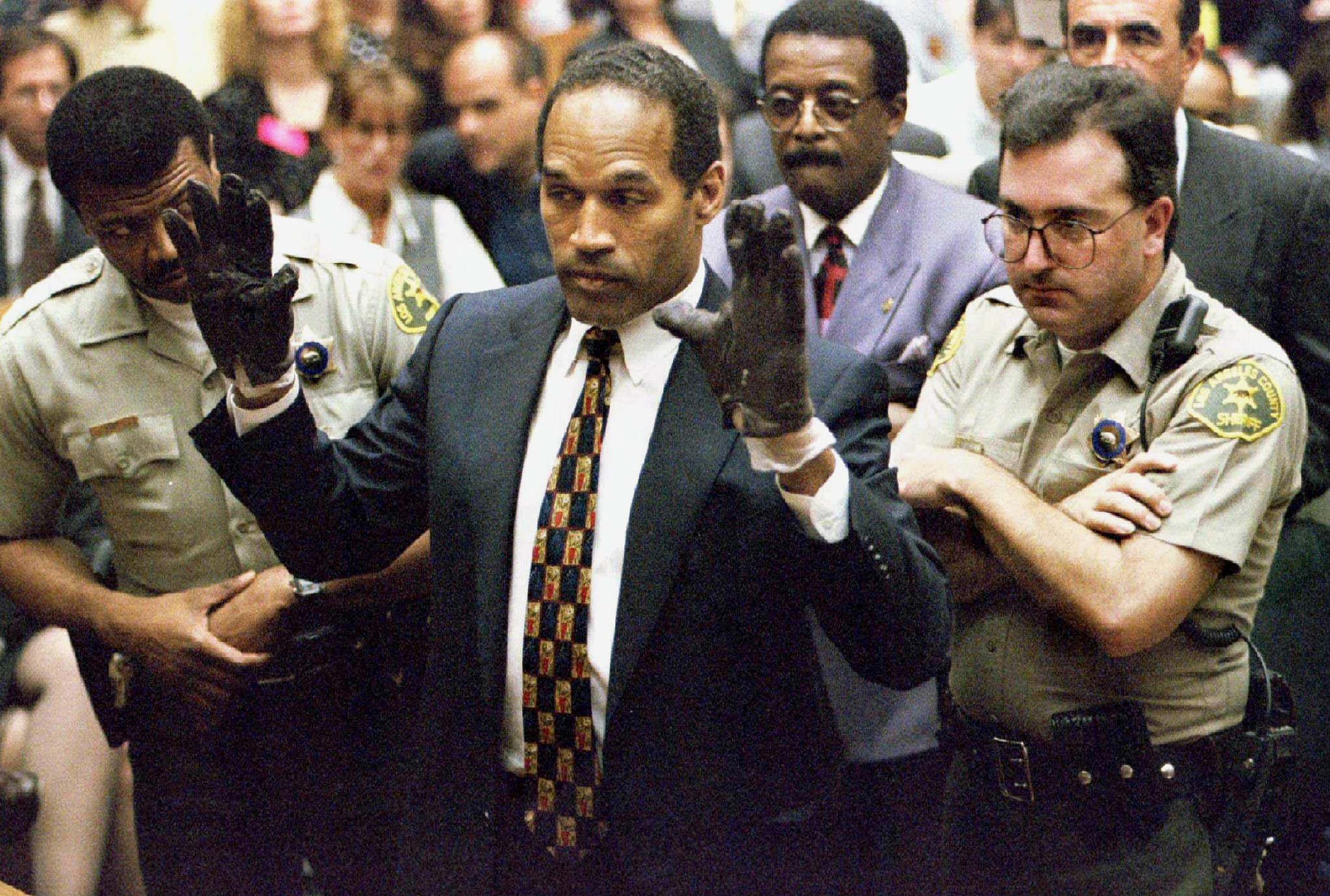 Reuters/Sam MircovichO.J. Simpson holds up his hands to the jury.

We watched the new ESPN documentary on O.J. Simpson and there are some explosive revelations

Review: ‘People v. O.J. Simpson’ is a fresh, entertaining look at a case that’s more relevant than ever

O.J. Simpson, the former Heisman Trophy winner and NFL Hall of Famer, was infamously acquitted for the murder of his ex-wife, Nicole Brown Simpson, and her friend, Ronald Goldman, in 1995.

Though Simpson was found not guilty, the sensational trial — one of the most gripping television events of the 20th century — publicized the critical issues of race and wealth in the American justice system.

The trial was also the defining media circus of 1990s. Characters like defense attorney Alan Dershowitz, Robert Kardashian, fast-talking Johnnie Cochran (who also defended Tupac Shakur and Snoop Dogg), as well as a revolving cast of detectives and witnesses provided a colorful backdrop for the major news networks’ rabid coverage of the proceedings.

Now, more than 20 years after his acquittal, Simpson’s trial is once again in the spotlight thanks to a new ESPN documentary as well as an FX series based on the trial.

So while you brace yourself for Simpson-mania in the coming weeks, let’s take a look at some of the most defining moments from the trial that lasted more than eight months.